We are now on the last few days of 2019, guys, and boy, what a roller coaster ride it has been! Anyway, we decided to take this time to list our top five favorite celebrity bulges for the year, be it because of their bulging muscles or because of their dick prints that made waves in the social media this 2019. But please feel free to let us know in the comments section the male celebrities we missed to put in our list; also, tell us who your favorites are and whose bulge you wish to see in the future (why not).

1.      Chris Hemsworth – the Australian actor gave us a glimpse of his hot, grueling workout that transformed him into the mighty Thor Odinson. In the brief video, a shirtless and sweaty Chris showed off his bulging muscles as he lifted weights and sprinted in an open field under the scorching sun.

It was so hot my shirt literally burst into flames, luckily I was wearing my favourite pair of fire retardant shorts 🥵 give this circuit a go 6 times through @centrfit

And who would forget that time when he met a quokka? Hard to tell which one of them was more adorable.

2.      Shawn Mendes – the singer-songwriter was named as one of Calvin Klein’s new faces last May and snapshots of him in nothing but a pair of white Calvin Klein boxer briefs broke the internet.

3.      Gus Kenworthy – Like Chris Hemsworth, Gus Kenworthy broke the internet twice this year. The first time was when he participated early this year in the AIDS/LifeCycle, an event where volunteers raise awareness as well as funds for HIV/AIDS and a great snapshot of him in a singlet was taken then.

Singlet, taken and looking for donations. Click the link in my bio to help me reach my @aidslifcycle fundraising goals! 🙏🏼❤️🚴

Secondly, the Olympian was spotted in the Burning Man event wearing nothing but a scarf and a tight, gold spandex that made his dick print visible, thereby setting the social media on fire and leaving the netizens wanting for more (Please click on the photo shown below to find out what we are talking about).

4.      Jason Derulo – In case you missed our post, we talked about American singer, songwriter, dancer, and Cats star Jason Derulo’s anaconda here and the Instagram controversy that followed after he posted a shirtless photo of him on Instagram showing his impressive bulge.

I’m sharing this here because IG removes it and the world needs to enjoy this beautiful specimen #JasonDerulo 🤷🏻‍♀️ #anaconda pic.twitter.com/VX8O1SxeVy

5.      Sam Asghari – In case you are not in the know, Sam Asghari is Britney Spears’ model and fitness trainer boyfriend of two years. They were spotted vacationing last June in Miami Beach, having fun in the sun, swimming, walking in the sand, and just cozying up to each other. Naturally, photographs were taken for posterity but it’s this one particular photo shown below that made waves in the social media and with good reason.

305 with my Lioness ♥️ @britneyspears 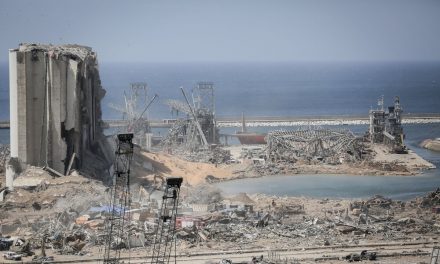 What ugly, tasteless men. And that’s just a rumpled swimsuit. No serious actor has visible tattoos unless he’s a complete fool.

If I may quote the late, Frank Zappa:

“Any thing you cannot put into your mouth, at any one time, is wasted.”

Truth be told, then as now. Size beyond a reasonable size becomes a burden upon aging and therefore, ultimately, becomes useless. This obsession with size is the same obsession with youth: its purpose is to stroke the ego but smack the mind.

So wait.. when is objectification and/or body shaming ok and when isn’t it…?

When asked of us for opinion on pics…Simply!

Gus, Gus, Gus, he is so handsome, I just want to say in as classy a way as possible, Gus gets my winky in a wad!

And the gay community wonder why they are mocked when
celebrity bulges” are listed as IMPORTANT. Besides these so called “celebrities are only known to a relative few. Who gives a ratsass about “celebrities” when average Americans have real lives only simpletons care about people who wouldn’t piss on them to put them out if they spontaneously combusted.
.

Exactly, jim markus. In reality, the “gay community” only represents a fraction of gay guys. Most gay guys have no interest in the lives of “celebrities”, “the rich and the famous”, actors, musicians, Olympians, high fashion, etc. The majority of gay guys live their lives coexisting with everyone else. They’re concerned with people they interact with, not people they’ll never be in a room with or ever get to know. The minority who grab the media spotlight, pushing the stereotypical images of gays which, as we all know, are often reacted to with mocking, laughter (not in a good way).… Read more »

I also feel this site since it’s reboot is catering to the “young” crowd. It seems that the mature members don’t count as much and some of our comments are being censored.