Good news for 200,000 uninsured individuals all over the country. Thanks to a partnership with the Centers for Disease Control and Prevention, pharmaceutical company Gilead will donate 2.4 million bottles of Truvada to them over the next 11 years.

Both the United States government and Gilead were forthcoming about how the partnership came about, with Health and Human Services Secretary Alex Azar talking about it in a Twitter thread and Gilead releasing a press release after.

According to Azar, the agreement “will provide pre-exposure prophylaxis (PrEP) to treat individuals who are at risk for HIV and who are uninsured, including in the states and counties identified as priority areas in @POTUS’s plan to #EndHIVEpidemic in America.”

In another tweet in the thread, Azar trumpeted Trump’s leadership, saying it allowed the government “to secure preventative medication for uninsured individuals at risk for #HIV who might otherwise not be able to access or afford this important treatment.”

Gilead, meanwhile, believes the donation will help end the HIV epidemic in the United States. In the statement, Gilead’s chief patient officer, Gregg Alton, said: “We believe today’s donation, combined with efforts to address the root causes of the epidemic, such as racism, violence against women, stigma, homophobia and transphobia, can play an important role in ending the HIV epidemic in the United States, particularly in parts of the country with the highest burden of disease.”

That said, there are no details as to when the program will start or the application process uninsured people have to go through to acquire the medicine.

This news comes on the heels of the recent announcement that a generic version of Truvada will be out in the market in 2020.

How do you guys feel about this new program? To our Adam4Adam blog readers who unfortunately have no insurance, how big of a help will this be to you? Share your thought with us in the comments section below. 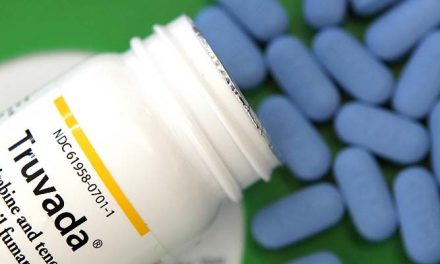 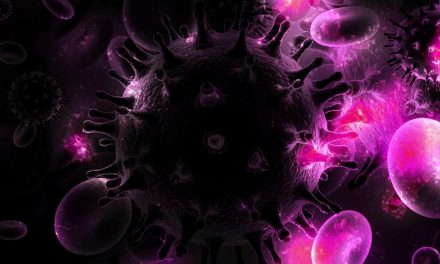 Sexuality: What Makes a Good Top??

Even with my insurance, it’s $400/month. Hoping the generic is cheaper when it comes out. They should just lower the cost overall IMHO.

do you want to bu truvada i have 2 bottles

Ask your pharmacist to find a manufacturers coupon to cover your co-pay… Gilead will pay up to $6K per year. I found out after making co-pays for 3 years… better late than never.

that would be awesome !

Didn’t a lot major pharmaceutical companies get caught yesterday for illegally raising prices of generic drugs? I remember seeing the list of the companies. Now isn’t this coincidental that they are being so kind as to give samples away. Oh ok, nice timing.

Most likely the generic will drive prices way down. When a drug is first released, the company that invented it gets to basically charge whatever they want to recover research costs. They get that for 7 years, so that period is about to expire.

When we were children,

As adults, we still take our “One-A-Day,”

Different application; same preventive. The nomenclature changed but not the sentiments. We, still, have to be reminded to take our vitamins or take our tonics.

Once again the “unable” get 100% handouts… Why not just give the pills away to anyone at risk, not just the uninsured??

Quite honestly, I’m pissed about it. Apparently Gilead has had Descovy ready for YEARS. They’ve also downplayed the damage that Truvada does to people that take it long term. I’ve also heard that Gilead apparently held back getting approval for Descovy for PReP for monetary reasons. I 100% believe that Gilead (OR any other pharma company) would do this stuff because they have been PROVEN to do it in other instances with other drugs. There are multiple lawsuits out there right now against Gilead and I think some against the FDA for bad behavior when it comes to Truvada. Some… Read more »

I can not recall any other statement, message or tweet from our current President or his administration that was absolutely (on the surface) devoid of self-gratification, ego, arrogance or deceit. It is about time the feds really stepped up and took a proactive role in the prevention, immunization and/or cure of a nearly four decade long murderous nightmare I know the federal government has done an “about face” compared to the position of the inhumane, callous and indifference that the Reagan administration demonstrated in the 1980’s. We all lost too many friends, family members and lovers to this pandemic scourge… Read more »

Too much trouble to use a rubber? There is nothing heroic about paying the price for irresponsible contact

Is it really a donation when Gilead received US tax dollars for the research and development of Truvada? A thirty day supply costs over $1,700 a month or $57 a pill. Oh and they charge less for the same pill in Canada and other countries. I bet somebody got a new yacht out of this deal.

Since Generic Truvada about to hit the Market, this is Gilead’s last ditch effort to get as much out of the product as they can. How long was the copyright extension on Truvada?? Sorry that this sounds so bad, but I have been dealing with the politics of HIV prevention for the last 10 years

The cost of the mandatory test ever 3 months is what’s killing me 600 every 3 months Plus the meds!

Kevin if you are undetectable, you don’t need to have an appointment every 3 months though. 6 Months is enough

President Trump is the one who initiated this program by calling the drug company and asking them to reduce the cost and provide free meds to our community. Don’t believe me look it up. Just saying…

I worry that truvada monotherapy for PreP will eventually lead to truvada resistant virus.

I keep reading and hearing from different people that this drug causes liver kidney damage plus bone density nightmare causing sudden fractures in once healthy males. Those that drink even modest amounts are at risk according to different Drs. These are not my opinions just reporting what I have read and heard. Please do your due diligence read all cript notes ask for them from pharmacists. Each time you fill your prescription as they change and updating. Bring a magnifying glass ( they hide so much in tiny tiny print; I don’t know anyone who writes that small or can… Read more »

That’s good news. And as AIDS is greatly diminished in occurrence, all the energy that has gone into fighting it must be turned to other chronic illnesses that affect the gay community in particular, such as fibromyalgia and Chronic Fatigue Syndrome. Our people have suffered silently without support for far too long. Also depression and personality/behavior disorders… not that we need MORE therapy…

In fact, I think it should be mandatory for all gay men to undergo massage training and instruction in how to give head.

Spit or swallow? The eternal question

Read the NYTIMES article of May 9, 2019.
This will provide a clearer picture of this “charitable” .
offering.
https://www.nytimes.com/2019/05/09/health/gilead-truvada-hiv-aids.html?searchResultPosition=3

fools STOP being such ho’s doing unprotected sex and all this bs…wouldn’t be such a terrible mess.

Totally agreed. If we are careful about STDs in general, HIV is pretty tough to get. Blood to blood only. Unlike HPV, HSV and the like. And since we now know that HSV can be linked to dementia, it is especially foolish to avoid condoms or have irresponsible sex in general

Let’s make a distinction here. There are two major HSV varieties. HSV1 is your typical cold sore variety. HSV2 is the typical STD variety. From what I see at the link below, HSV1 is the one suspected of being responsible for dementias. Make no mistake, HSV2 can, but not often, cause what is known as herpetic encephalitis which can be acutely life threatening. But, the HSV1 virus is the one suspected of causing dementias. So, there’s a good chance that foolishly avoiding condoms or their use might not be an issue since HSV1 is more often spread by mundane contact.… Read more »

This is going to sound harsh, but as someone who grew up in the tail of the AIDS crisis, becoming very interested in it in the mid and late 90’s as I started confronting my sexuality, I don’t understand why you would pay the insane co-pays for Truvada, when condoms alone are very effective, and cost infinitely less. I know a lot of guys on Truvada, and of the 15 or so that I have talked to about the medication, only one of them uses it in conjunction with condoms. I understand human nature, but honestly, the most common use… Read more »

A freaking Men. Truvada is just an excuse to spread other STDs by being irresponsible. And now we have super clap, what next for Big Pharma to increase profits?

Eric, are you serious or joking? You feel comfortable with Trump in office knowing his former attorney and other affiliates of his, are going to prison? You don’t care that he’s a proven liar? He called certain counties shit holes countries. He mocked and scorned a dead war hero, made fun of and mocked a disabled human being. Say it’s okay (on tape) to grab women pussies. Called NFL players son of bitches, called Amarosa a dog. Called Mexican criminals and rapists, etc. Call me crazy but any fool that follows someone that ignorant apparently must be just like him…… Read more »

Tool – One who lacks the mental capacity to know he is being used. A fool. A cretin. Characterized by low intelligence and/or self-esteem.

Pump a Rump for Trump!

[…] Disease Control and Prevention and pharmaceutical company Gilead announced a partnership that would provide 2.4 million bottles of Truvada — the pre-exposure prophylaxis (PrEP) drug — to 200,000 uninsured individuals. However, details […]

[…] The funding is yet another positive development when it comes to the Trump administration’s plans with regard to HIV. Just a few weeks ago, the US government opened up applications for free PrEP by launching a website and a toll-free number. The free PrEP is itself the result of an agreement between the US government and the pharmaceutical company Gilead that would provide 2.4 million bottles of Truvada to 200,000 uninsured individuals. […]