Hot or Not: Frottage 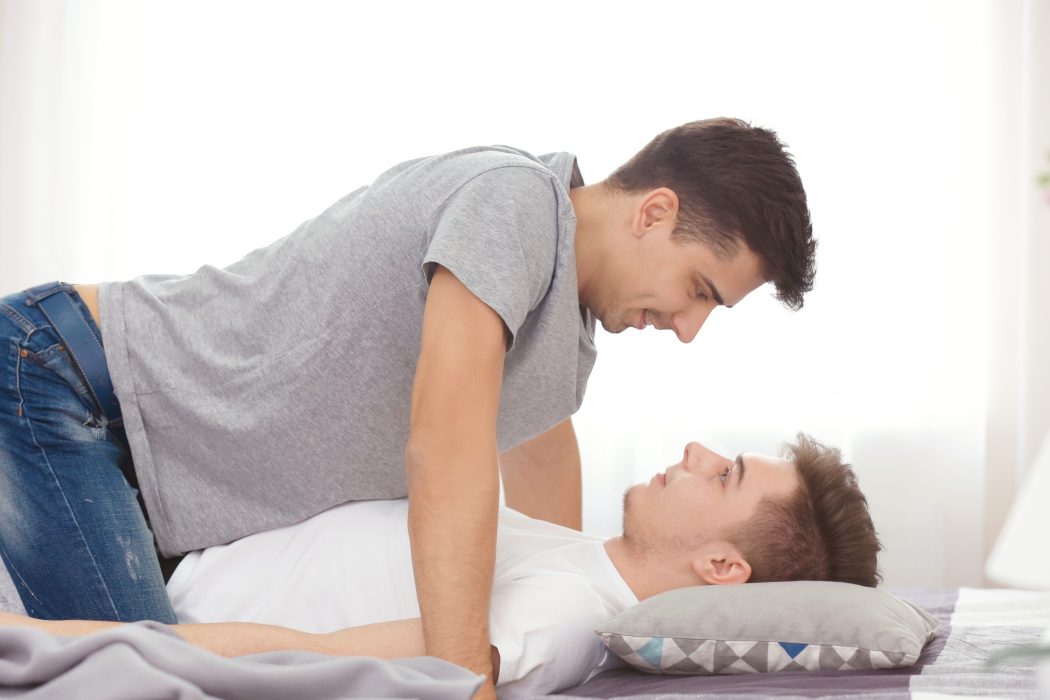 What do you think of frottage, guys? Do you find it hot or not?

Frottage is the French word for rubbing, by the way. It is defined as: “The act of consensual rubbing between two or more people, either clothed or unclothed, to attain sexual gratification.” Frottage—also referred to as dry humping, dry sex, smashing, pants burning—is a type of non-penetrative sexual activity or outercourse.

And he’s not the only one who thinks so. One of the gay men on the thread shared, and we quote:

Meanwhile, another man shared what he thought about frottage based on his personal experience. He said, “I remember going overseas for 3 weeks, when I came back, my boyfriend and I made out like we never did before. We grinded against each other and I came in my pants. The only time that ever happened since 13 years ago.”

Further, one reader thought that frotting “was how two guys had sex.” He shared:

I love penetration. But reading this thread brings back memories of the sex I used to have with my next-door neighbor while I was in high school. I thought this was how two guys had sex. The idea that a penis could fit into a butthole never even occurred to me. Lol. 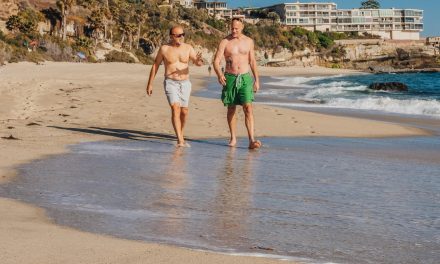 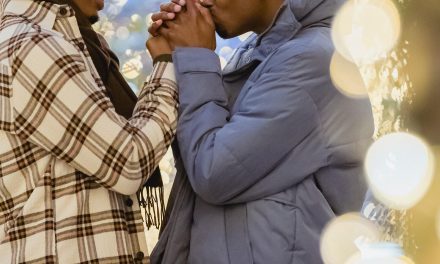 Speak Out: What’s Your Favorite Thing About Being Gay?

VERY hot! I absolutely love the intimacy and passion of skin-to-skin contact and heavy tackle (hard or soft) rubbing, grinding, and mashing together!!

Another great option for your sex toolbox! And you and your partner(s) get to play and learn about where the best places are for the right amount of pressure and friction. Also, if lube is needed!

What you touted was “Compensation.”

“Frottage” is an ideal example of “Necessity Is The Mother Of Invention.”

However, instead of settling for “Second Best,” use your “God-Given” knees and jaws to engage in another “Fruitful” endeavor.

What the Penis can no longer do…allow the mouth to continue what it can do!

Well, it’s no reflection on frotting per say but all I got out of my 1st (& last) experience was an extremely worn (to threads) blanket and numerous things missing in my home (he had an accomplice). I have his picture. He better pray we don’t cross paths…EVER!!!

I also agree. I find frottage to like “gay foreplay.” I need to hold and rub my guy, kiss him, grind it out, then rip the clothes off each other and really get down to it.

Of course it’s hot. From any angle. They used to call it “The Princeton Rub” because the boys at Princeton were famous for doing it.

Actually, “The Boys At Princeton” were “Infamous” for having done it!

Always used this as a safe sex routine. I learned about this in high school as an alternative. Still incorporate it in my sex tool kit, most especially with a new partner…

At least for me frottage is highly pleasurable; it can be done naked (dick-to-dick or dick to crack) or wearing underwear, even trousers, which offers protection for those–like myself when having sex with strangers–concerned with viruses like warts, herpes, condyloma, etc.). When done properly and passionately, it can lead to intense orgasms without the risks.

The first thing I ever did with a guy…and still prefer it today. Rubbing, thrusting…two hard cocks thrusting together while we kiss. So totally hot.

If women can do the scissoring, then guys can do a version of it as a kind of foreplay. Balls-to-balls is a good feeling.

How about asses rubbing like lesbian women do with their cunts?

Ok ..no judgement is meant by this and to each his own but personally I don’t get it…is it supposed to be the midway point b/w cuddling and fucking? Honestly, it makes me feel like I am 12 and on a school bus ride and left with no other option with the boy seated next to me but to rub fronts…not even. Again, this is my own less than satisfactory experience with frottage whenever I find myself as a participant in said act.

It may be the men you are engaging with. I will say this is not for guys who want NSA, or one night only! This to me is about “INTAMCY” Sensual Pleasure and Eroticism, exploring what feels euphoric in a sense. This is not for everyone. I understand that, nor do I place judgements on men that dislike it, or do not understand it.

Lol @Chuckie. I’ll add it’s also about exploring each others bodies and being engaged with your partner. I’d agree, it’s not for everyone, especially for those who want a quick f*** and leave. A lot of gays are really not into it. It’s more of a bisexual/homoerotic act than homosexual.

Btw, frottage may have a wider definition, but I define it strictly as penis to penis contact, not penis to thigh, balls or butt crack. While all of that is cool, it does not produce that unique and powerful sensation that you get from genital to genital contact.

EXACTLY! BEATIFUL MOMENT FOR SURE!!!

Not remotely interested. And before I get yelled at, we all have our personal favorite thigs to do.

Yes, I agree with you, and no one should be yelling at anyone! This is only a discussion…

Absolutely! Especially naked, lol, wonderful, what, with each other’s tongues swirling around in each other’s mouths, yeah, nothin’ to worry about there in terms of transmission. Me topping him, then we rollover; him on top of me, I think it’s perfectly safe sex.

WOW! THAT is exactly how I feel, SO MAGICAL and lost within him! NICE

I liked it when I was younger and exploring but I haven’t tried it lately.

It’s outrageous that it even requires an “open mind” for someone who claims to like dick, to want to use his dick with his partner’s dick. The same people who will pretend that frot is somehow childish and internal homophobia, have the the audacity to elevate an act that clearly shows they desire to “breed”, which obviously you don’t do with the same sex..

I love it, especially when I’m wearing a suit and my partner is, shall we say, much less clothed.

Love well-dressed men in suits and men with nice feet! WOW, there is a boner for you! lol

Love frottage! It’s hot! I’ve had lots of partners and hook ups in my lifetime where frottage was the only way we had sex. I’m a top and frot is a good way to hook up with other tops if they’re down.

I wish more guys would be down for it! It is mind bending to say the least!

I love frottage! The first time a guy did it with me, and he got off so much, I was hooked!

love frottage! so hot with the right guy and if they are both into it

From my experience, it’s very hot sex when two guys are so into each other just by rubbing against each other that we came so quick. I love it and it should be more mainstream.

Frot is all the way HOT! Combined w/kissing,
a little unscented massage lotion mixed with each others sweat all and it becomes one of THE most intensely passionate and memorable body contact sessions you can experience!
Takes me back to early days of experimentation w/ friends when i was 11. Most guys dont seem to know that frottage is a word for it.

Growing up with the Aids epidemic, this was a nice, safe alternative.

It still is, because it “FEELS do DAMN GOOD”!

Love it, especially when the tackles match well and when ready, adding some lube. Wow!

I love sensual sex. The clothed or unclothed slow rubbing back and forth. The gyration of a man on top of another man is nothing short of masculinity secreting itself into the feeling of pure sensation. There is no other feeling like another man on top prepping for the inevitable climax.

I don’t like to talk sht about others fetish. I’ll just say its not for me. It seems a lil backwards being something I did as a kid that knew nothing. It seems it could involve chafing. I don’t see the point when u could just get right to sex.But thats just me, if it turns you on , I say go nuts.

0
Reply
Overt d'Espirit
Reply to  DADDY

Love the feel of two hard cocks rubbing together as the pre-cum begins to flow.

I’ve loved it since I was a teen — even though I didn’t know that it was called frotting back then. As a form of foreplay, fully clothed — or even to finish as completely as sex, I think it’s great!

Frontage was the first thing sexually I ever did with another guy. When we were just 12, I would sleep over at my friend Kevin’s…either a tent in the aback yard or…yes… a tree house. It all started when we show each other our cocks. He had lots of pubic hair even at the age and when he got hard it was huge…way bigger than mine. We would touch each other then one day he said let’s lay on each other like our dad and mom. It was weird but then I rolled over, fully clothed, and Kevin started humping… Read more »

Frotting our among my earliest memories with another male. At 14, my cousin and I frotted regularly although we didn’t know what it was called. I enjoy it more than any other sexual act today, still.

58
0
Would love your thoughts, please comment.x
()
x
| Reply
Share This