Watch This: Polish Gay Couple Hands Out Rainbow Masks on the Streets 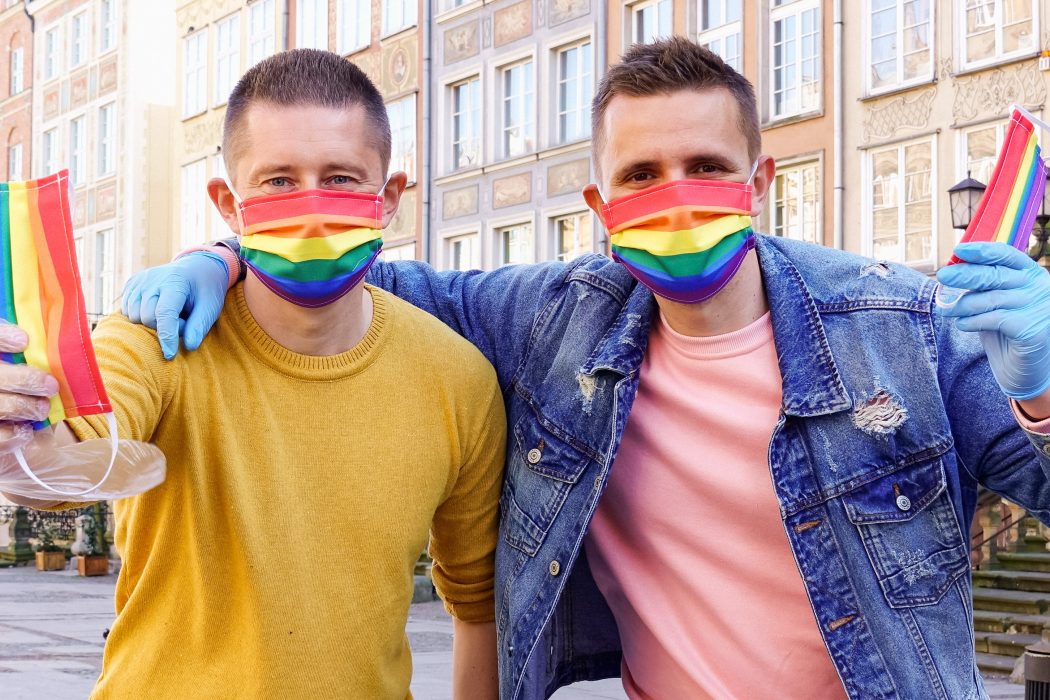 They say that this coronavirus pandemic is bringing out the best and the worst in humans, this Polish gay couple however, chose to do the former and this is their heartwarming story.

Jakub Kwiecinski and Dawid Mycek took to the streets to fight coronavirus and homophobia killing two birds in one stone but not in the way you think. There were no rallies involved, no placards, no shouting in the streets—just their masks, love, and their determination to make a difference while raising awareness during these trying times.

Armed with their rainbow-colored cloths and a borrowed sewing machine from one of their grandmothers, this married gay couple sewed facemasks along with their dressmaker friends. Jakub explained, “Many of Polish people call us a plague, so we thought if we help people overcome real plague, they might change their mind. I know it’s naive, but if we can do something good then why not?”

The couple then went to the streets of Poland’s Tri-City area of Gdańsk, Gdynia, and Sopot, which are on the coast of Gdańsk Bay, Baltic Sea, to distribute their facemasks for free. Dawid said, “Our masks are unique because they are rainbow! Our tailor friend supported the idea, so 300 pieces were sewn with which we took to the streets of the city.” They added: “Many LGBT-free zones were created in our country so we were a bit afraid how people would react but they were really touched by our idea. I think they really appreciated that someone cared about their health. It was great to see that rainbow didn’t scare people but will help them stay safe.”

A video of their initiative has been making the rounds in the internet since, garnering a total of 2M views on Facebook alone. Take a look below.

According to Balkan Insight, “Polish municipalities across a third of Poland (an area said to be greater than the size of Hungary) have adopted resolutions that critics say discriminate against LGBT people and make intolerance official” and has become an “LGBT-free zone” earlier this year.

Facemasks, as we all know, are one of the first things that flew off the shelves from across the globe during the early days of the pandemic together with the cleaning supplies, toilet papers, and hand sanitizers. 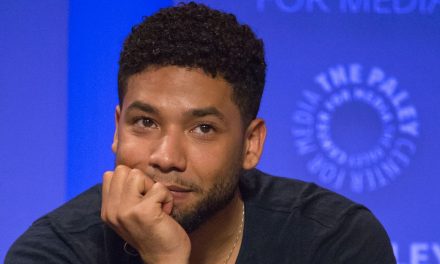 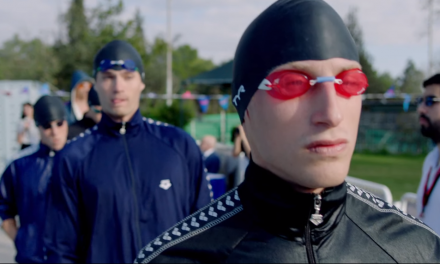 Watch This: ‘The Swimmer’ Teaser Trailer 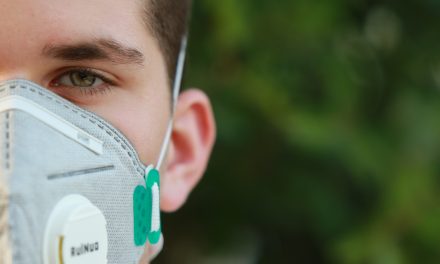 Speak Out: What Are Your Plans After Lockdown?

Truly, I hate to sound like an old, curmudgeon…but,

Are there any real men left…on this planet? The ones who use a hammer, pliers, saws, screw drivers, rakes, and tilers to build, toil and unsettle the earth…?

My definition of a real man is a well-rounded man. I totally agree with the hammer, pliers, saws, etc. but its nothing wrong with being knowledgeable enough to sew and iron. I don’t think men should needle- point and crochet but learning to sew and iron his clothes are vital.

I agree with you!

I was reacting to the “Publicity” of the example being used. I made a satirical commentary on “Human Kindness.” There is, indeed, more to a man and masculinity than those examples I cited.

My neighbor just lost her mother from Corona acquired in a nursing home. She comes to me and she cries and I cannot help her. I just assure her that “God giveth and God taketh.” It is not personal as she was a good, loving daughter…and she was…just as I remember my nurse who died in ‘nam to be.

No problem NZH, Awwee, I’m so sorry about your neighbor losing her dear Mother. These are indeed real and tough times. Continue to console her and pray for her. Everything else is irrelevant when it comes to the compassion we share with others when they are dealing with the lost of a love one….At least you still have the memories you have from your nurse in nam. Praying for you strength too.

Matt (Black): Sometimes, I remember, too well! I and my nurse (when possible) used to go to Saigon for a few days and we’d go to the restaurants and the nightclubs to dance. They were very, very good times and I was proud of them because they signed up for additional tours to work with me. That nurse whom I wrote of earlier, died because she chose to go with a Medvac helicopter to pick up the wounded and the dead; she did not have to do that and that was strongly discourages, whenever possible, because nurses were in short… Read more »

See, there YOU go again, “stepping in the poo.” Do you remember Rosie Greer, he started “needle point for men” he was also, a professional foot ball player, among other great things, lesson here: don’t be so fucking rigid, man. Being so very tall thin in my teens; I myself learned to sew my own slacks-jeans in the 10th grade, my mother bought me my own sewing machine, this was a woman born in 26′ in New Orleans, even she wasn’t this rigid, but open-minded. And by the way, I also learned to box very well, also learning Taekwondo. As… Read more »

I was being satirical not literal! This a blog not The Preamble to The Constitution.

And there’s a bridge I’d like to sell you in Brooklyn.

You can join me but you will never outwit me!

This, isn’t about anything as trivial as that, “outwitting” for me anyway, perhaps too serious I am. What got me, was you’re attempt to ‘walk back’ your faulty comment-as it was no joke to anyone; reminded me of tRump walking back his so-called joke about injecting of disinfectant. You know, I like certain things about you in spite of yourself, just sayin’, man.

because, regardless of how I write it, there is, always, more than a modicum of truth. However, I never apologize for what I write; sometimes, what I write is misconstrued and so, I will write a qualification…a qualification is not a “Mea Culpa.”

That’s not true, so there’s the problem, right there, “self-righteous.” Sometimes, what you write is received, understood, but not agreed upon, most certainly not misconstrued. You clearly see yourself upon some sort of imperious high, where no one else does.

Perhaps it was because the first few that they made using hammers, pliers, and screws turned out to be too uncomfortable to wear?

What about duct tape and Windex? You can solve all kinds of problems with those.

Yes, because linking COVID-19 with being gay is so logical. If you think about it for a dozen nanoseconds, you’ll figure out why this is actually deeply offensive to gay people.

lol did you know that the symbol of people who recover from covid is a rainbow dear?
Ah, I thought so!

On what planet? Interesting concept for a mask, though. I think I’d like one with a gaping shaved pussy on it. Maybe some guy will get the idea he needs to shove his dick in it. LoL

Nice! I seen a guy at a Casey’s gas station wearing one similar to that. That’s a unique idea during this pandemic.

Sweet! Ignored social distancing precautions while they handed them out though

Fantastic idea! I love their bravery, the intelligence with a good dose of compassion, civic-minded at a grass-roots level, gay style in the face of adversity.

This is a great public service! On future distribution rounds, they could add diversity and inclusivity through the use of additional cloth patterns. Maybe some without a social agenda such as kid-friendly, female- or male-friendly, animals, Poland-friendly, military-friendly, etc. Yes it’ll be a question of what they can find and/or budget for. They somehow arrived on the scene with a rainbow pattern. Why not broaden the scope to reach a greater level of acceptance?

why not have a rainbow pattern? if they like it …
Why don’t you create masks yourself and do whatever you want?

“add” and “additional”. No exclusion of the rainbow pattern.

Hey, how about a BLOG asking how A4A members are fighting back against COVID-19 like the two guys? Some people make masks. Some make face shields.Some assemble and deliver meals.You’d find many others who help in other ways.

yeah we blogged about this too already. But you were probably complaining on an other post, so you didn’t see it.

How the hell, did this become all about masculinity? “A real man/masculine man” has none of these worries, he’s not so insecure as to worry about it, he simply is. That’s like saying someone who is really tall, worrying about not being tall enough, really silly.

This is a beautiful gesture. I can’t believe people are criticizing this. I truly hope most people rediscover what it’s like to be human again after this subsides.

right? Sometimes I dont understand either…

27
0
Would love your thoughts, please comment.x
()
x
| Reply
Share This