Sexuality: Dom & Sub VS Top & Bottom, Which One Are You?

Whether we like it or not, people take one look at us and make judgments and assumptions. We fall into a stereotype based on their preconceived notions. Sometimes, it’s we ourselves who do the judging; most times we are the ones who are being judged, but sometimes, sometimes, we are curious as to how other people see us.

This is the case of some Twitter netizens who took to the aforementioned platform to ask fellow social media users what kind of impression or vibe they give off. Check out some of their tweets below:

Anyway, we Googled the terms presented above to check how different or similar a sexual preference is from the other. According to Urban Dictionary, a “Dom Top” is a “masculine gay guy, rough top and dominant, who likes innocent and shy bottoms” while a “Top” is the “one who I N S E R T S inside their partner (mostly gay couples).”

In addition, a power bottom is a bottom as well. However, he “tends to be in charge, and feels most powerful when bottoming; the one who bottoms is the one on the “throne” so to speak, “taking” the Top.”

Do you agree with their definitions, guys?

Meanwhile, another netizen made further clarifications as to how the terms Dom and Sub versus Top and Bottom are different from each other. They said: “Dom/Sub refers to how much control or power someone has over another” while “Top/Bottom refers to action.” Read more here.

Having said all that, what vibe do you give off and which one are you actually, guys? Do potential dates or hookups think you are a “Dom Top,” maybe a “Top,” or a “Vers Top” when you are actually a “Vers,” or a “Power Bttm,” or a “Sub Bttm?” Share with us your thoughts and stories in the comments section below! 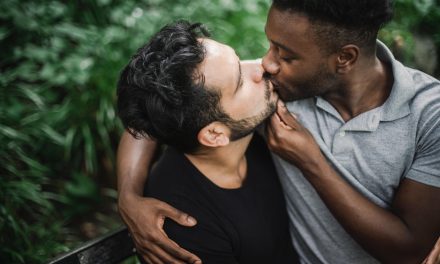 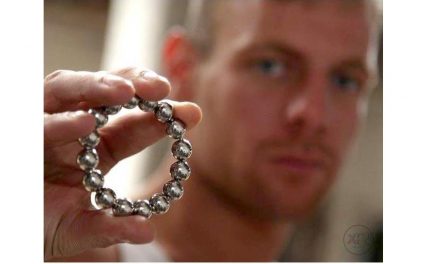 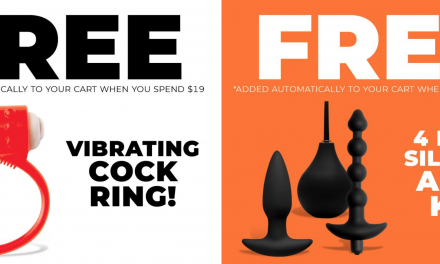 Sex Toys: Have a Sexy Autumn with These Free Toys

As I see it, we have the same variants as in versatile, domineering or submissive.

What do you guys think?

Wow, for me, personally, all of this is ridiculous. I really get it now, as to why people are ssoo tired of fucking labels, I think people are spending way too much time and energy defining such. I think if you could, possibly, get around to just getting to know each other’s character-personality ‘first’ instead coming-up with all of this other stuff; everything will fall into place, or if not, then move on. I’ve always been approached as a top “BBC” there was only a few guys whom I experimented with as a bottom, any relationship/s I’ve been in, I’m… Read more »

“what vibe do you give off and which one are you actually, guys?

My best bud connections and even hookups have never dealt with just one The best connections for me have always happened after the he and me took time to discuss who liked what. Fortunately, it’s usually has come down to liking a variety and not locking ourselves into boxes about DomSub or Top/Bottom or Verse.

Stop labeling and defining, limiting. We are all people.

You demand both intellect & logic on this sex site?

By labeling and categorizing, you define and limit your subjects!

It is very Machiavellian: you divide and you conquer!

A Top can only be a Top;

A Bottom can only be a Bottom;

The versatile can only be both!

I’ve been primarily a top since enjoying bisexual sex with a guy for the first time in my teens. I’ve never been much for the Dom/Sub thing and I have found “power” bottoms can often be pushy and demanding in bed. When I get naked with someone I’d rather it be to give each other joy and pleasure as opposed to some kind of power exchange. I like men who are open about what they want and responsive in bed so I know when I am bringing them maximum pleasure. I find passionate, affectionate sex the most satisfying and it… Read more »

Perfectly said!!!! I couldn’t agree more. Especially laughing and talking during sex. Enjoying each other’s company. I love that.

I prefer to bottom and, if the top prefers it, I can be submissive. There is nothing like having a man orgasm inside you (either end) and knowing you are the reason for his pleasure.

13
Reply
Ltgfotl
Reply to  Frank B

I agree,, I’m a DL bottom very masculine and straight acting,,and very dominant when I’m with women,,but behind closed doors,, I want a very dominant verbal top,, I’m very submissive and I love when a real man put me in panties,,,it’s a turn on for me just knowing I’m pleasuring him and I’m there for his desires,,, even after I’ve came i continue to lay there until he’s satisfied,, I love being a submissive bottom

I’m a versa-top guy and enjoy sex with versatile/versa- bottom guys. Huge turnon for me is personal hygiene! I like kind, respectful guys; mutual satisfaction and mild sex. I like slow passionate sex with lots of kissing, long sex sessions lasting up to 4 hours or more. No random hookups. I want to actually like and know the person first which adds to the intimacy. Lastly, I’m not into dirty talk during sex but enjoy the sexual sounds, especially the light pleasure moaning.

You are my kind of man, and very rare.

I started servicing men when I was 8… I knew from a young age I loved to suck dick… when I started getting fucked at age 14, I knew not only was I a cocksucker but also a submissive cumdump bottom guy… especially for men if color

As the labels are getting ridiculous. As far as where I fall in these definitions, bottom or power bottom. Sometimes I like being a bit in charge.

Bottom line is, now we have to pay attention to asjectives and adverbs. Yikes! It was so much simpler when we just fucked around to we were too tired to move. Now I’m too tired to fuck around after asking all the politically correct questions and figuring out the answers. Keep it simple guys. Have fun, don’t overthink it.

There’s no problem being any one or more of the above.

The problem is the Dividers who continually (as this blog topic does) pit one against the other.

Hopefully, you read my above contribution to this blog?

If there is something called “love” that is involved, there shouldn’t be any perceived judgement or power play with sexual roles. Period. What’s cool about gay love is that either role can be totally pleasureable and equal. I actually like to keep straight people wondering between top, bottom or vers. What goes on between the sheets at your own place is your own business. But it shouldn’t be about power plays.

I am a bottom

Both, neither, either. Too many labels, too little time.