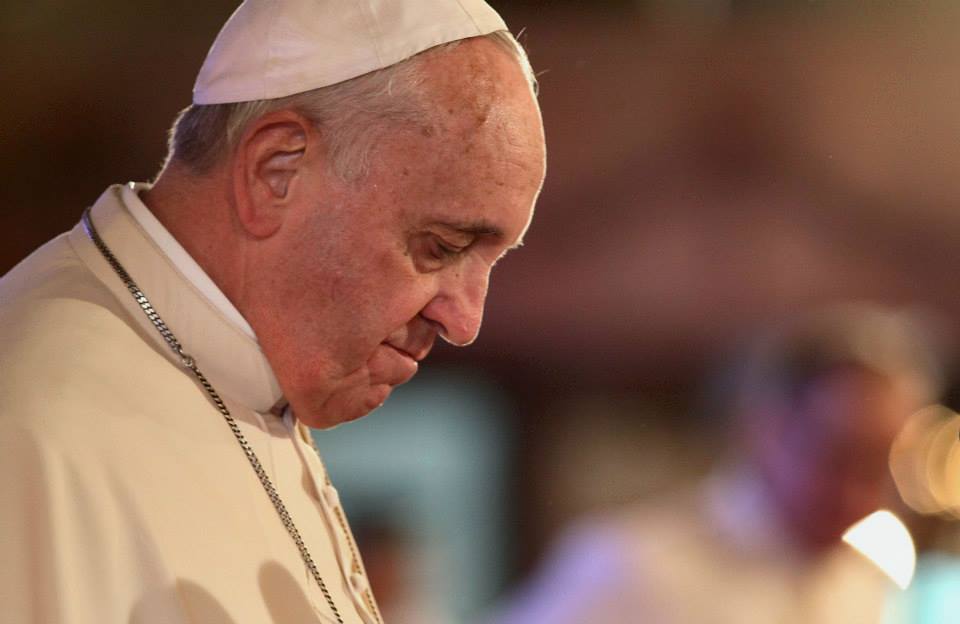 Pope Francis made history as the first pontiff ever to call for civil union laws for same-sex couples in a documentary titled “Francesco” that premiered at the Rome Film Festival this Wednesday, October 21.


The new documentary, which is set to première in North America this coming Sunday—October 25, 2020—is about the life and teachings of the pope.

There was reportedly a part in the film about Pope Francis’ pastoral outreach and care for the LGBTQ people where he called for nations to create laws that will protect LGBTQ couples because they have a right to be in a family. He said:

Homosexuals have a right to be a part of the family. They’re children of God and have a right to a family. Nobody should be thrown out, or be made miserable because of it.

Pope Francis then told Evgeny Afineevsky, the director of the film: “What we have to create is a civil union law. That way they are legally covered.” Pope Francis added, “I stood up for that.”

Various reports say that Pope Francis was against the efforts to legalize same-sex marriage in 2010 while he was the Archbishop of Buenos Aires in Argentina. He, however, is said to have privately supported the idea of civil unions as a compromise.

In addition, a part of the film also features a story about the pontiff encouraging a gay Italian couple to raise their children in their parish church. Reportedly, one of them commented that their parish church was “greatly beneficial to his children.”

Meanwhile, Oscar and Emmy-nominated director Evgeny Afineevsky, whose works included Cries from Syria and Pray for Ukraine, explained that in “Francesco,” he “tried to present the pope as he saw him, and that the film might not please all Catholics.”

Read more about this story here and here.

Having said all that, we have taken a look at what the netizens are saying about Pope Francis’ declaration. Check out below some of the reactions that we’ve gathered from Twitter:


In the new documentary about Pope Francis everyone is talking about this morning, director Evgeny Afineevsky says the pope simply is the one “trying to point us in the right direction" https://t.co/mXFp4nJvnN#osvnews #francesco #popefrancis pic.twitter.com/1hs6SQW7HS


There some good in 2020: #Pope Francis says #homosexuals should be protected by civil union laws,
"They are children of #God and have a right to a family. Nobody should be thrown out or be made miserable over it," he says in the #documentary "#Francesco". 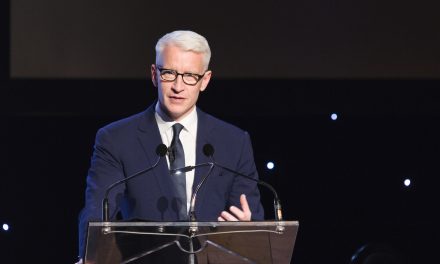 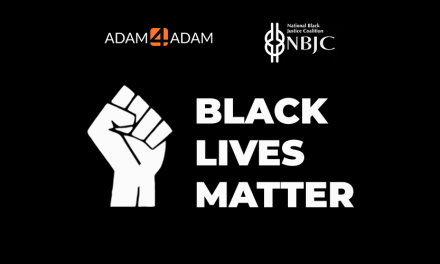 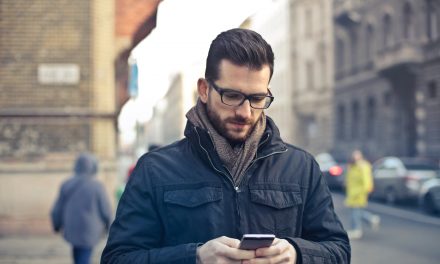 A4A: What To Do When You Find An Impersonator On Adam4Adam

This, is what progressive thinking is going into the 21st century is all about, especially considering the Catholic faith.

Why do love and acceptance have to be labeled “Progressive”?…how about “Human”!!

It’s about time for this kind of thinking from the Catholic faith, and any other faith for that matter!

Because of how ‘regressive’ (dark-ages) those of this religion have been throughout time.

time to modify the fables, I mean rules. They have lost too many followers. I wonder, is this an effort to make bad priests behavior a little more socially acceptable?

You think those pries were “bad” because they couldn’t get married?

At-the-end-of-the-day… it is all about survival…The Catholic Church must survive…into the Twentieth First Century…and to do so…it must adapt to remain relevant and so, it had to become realistic. It isn’t about equality; It is about survival…as The Catholic Church is slowly dying out in The Western Word but blossoming in The Third World. Religion is an institution and an institution needs sustaince…sustaince is followers and followers must find meaning and thus value if they are to continue to patronize an institution. The Church has been forced to compromise and adapt, and on that level, it is commendable but on… Read more »

This will isolate large parts of the Catholic Church, most of whom are not in the West. I think he is separating the institution and recognizing us as individuals. The backlash from conservatives within the Church will be fierce. He’s putting his own self on the line. He’s gone against the dogma that points and calls us sinners,even though it still ‘loves’ us. This is huge. It will echo, within the Catholic Church, for ages.

There should be no baclklash from church conservatives. If there is a backlash I have one word the Catholic Church taught all their followers…infallible. Roman Catholics believe the Pope is infallible.

The Catholic Church will survive everything and everyone. This is what Jesus promised. We have seen kings come and go, governments and empires crumble. The Church cannot change her teachings. This is because they come from God who is immutable. The pope never mentioned civil unions or endorsed anything. He was misquoted.

ok Mary, show me in the Bible that Jesus said anything against gays and unions?
This was made up by catholic church.

I concur, Dave. Jesus said nothing condemning gay people. For all we know, He may have been gay. It was made up by idiots within the Catholic Church. There are a lot of them and they love to talk too much about things which are none of their business.

“What we have to create is a civil union law,” the pope says in the film, released in Rome on Wednesday. “That way they are legally covered.” Yes, he did come out and say it. The Catholic Church can, and has changed its teachings. It may not be identifiable with one decree or action, however; its teachings have changed/adapted over the course of history. It’s happening right now. Your comments remind me of Doyle saying the Pope was ‘high’ when Pope Francis first asked, Who am I to judge? when referencing people who are gay and seek Christ. I hope… Read more »

“Just because it’s in the bible don’t make it necessarily so.”

To my idea, it seems the Catholic church is just another European or white mans’ powerful-wealthy conglomerate. Not to mention, duplicitous in helping the most murderous criminals nazis escape to South America with passports-new identities. I personally will never over-look or forget that.

Here’s hoping the Catholic Church doesn’t go the way of the Methodists and Episcopalians, divided.

Too little, too late.
As I told the archdiocese, my money won’t be good enough either.

Thank you Pope Francis its about time.

He was misquoted my friend. He never made those comments. See the original Spanish text.

I am a practicing Catholic. It is a daily challenge. I do not bother with dogma. I pull on what my heart tells me is right. This was astonishing news. Pope Francis is very brave. The conservative backlash, within the Church, will be fierce. He is in my prayers, now more than ever. He became a hero to me by saying we have a right to family and to be protected. I’ve waited for this for over three decades. God bless him and keep those who would silence this message at bay.

I understand Pope Francis trying to avoid making people dig their heels in. He has not condoned wanton behavior, but has endorsed love, which nobody should object to. He has put it in a way that no loving human being could refute. I expect the diehard conservatives to complain, but then, they better look back in the Gospels of Jesus. When he gave authority to Peter and the rest, whom conservative Catholics regard as handing power down im successions of popes, Jesus said, “I give you the keys to the kingdom. What you set free on earth, you set free… Read more »

While nice on the surface, from what I’ve read on-line from various sources, Francis supposedly conducted this interview a few years back while a bishop or cardinal in South America prior to becoming pope. Additionally the Vatican isn’t being what would be considered very forthcoming or embracing this story in releasing transcripts of the interview confirming or denying its validity. That said, I’m half expecting a official public denial. Based on the age of the interview, it wasn’t news at the time and its not current news now. Not being a Catholic but rather as a student of history, personally… Read more »

Wait so civil unions are ok now that a liberal pope (may at one point in the past) said so? I thought civil unions were bad and only marriage was a valid end game for us? People who like the new(ish) communist(ish) pope will read into this what they want.. Its like the use of sexual “preference” last week….

Remember when Jesus fed the masses with only a few loaves an fishes and said “But don’t feed the gay people?” Don’t deny gay Catholics who’d like to be married in the Church, Your Holiness. Spiritual food is important too. And PS: If you are a Catholic and want to be married in church, the Episcopal church welcomes you.