Sexuality: Have You Met Someone Who Is Heteroflexible? 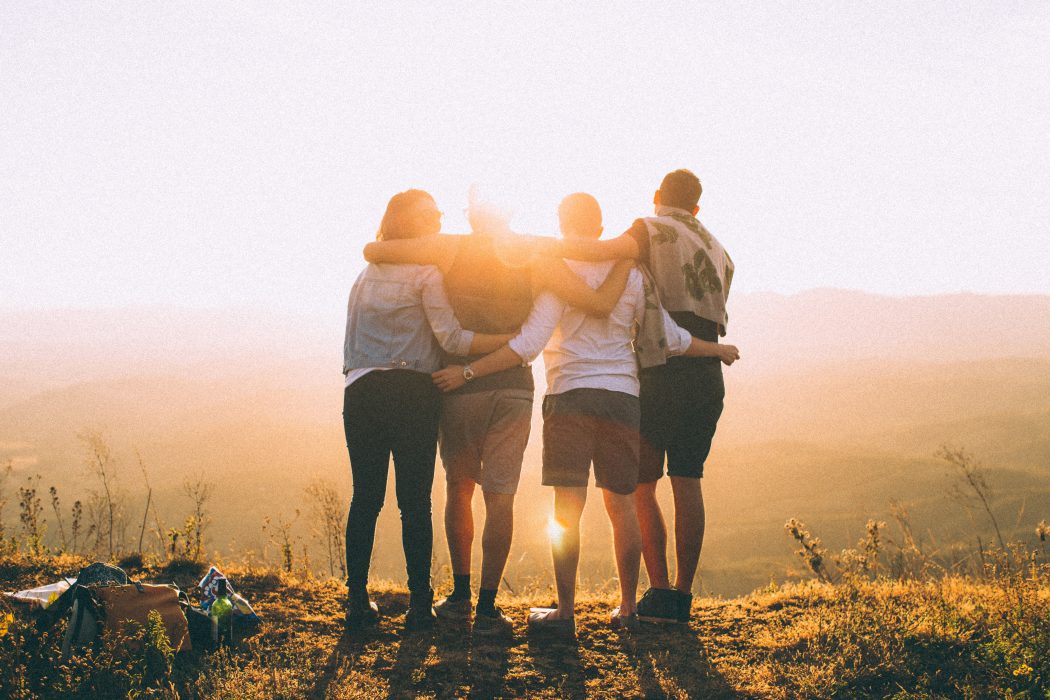 As we get a better understanding of human sexuality, we realize just how layered it can be. Take, for instance, a study conducted by Illinois Institute of Technology assistant professor Nicole Legate and University of Rochester’s Ronald Rogge that calls for the recognition of another sexual orientation: heteroflexible.

Legate’s desire for heteroflexibility to be recognized comes from the fact that heteroflexibles have shown “higher rates of different kinds of risk and worse psychological functioning.” According to their study, heteroflexibles often engage in problematic drinking and unprotected sex, which of course translates to more sexually transmitted infections.

According to Legate, heteroflexibles are also less likely to talk about their same-sex activities when compared to LGBTQ folk, which makes it difficult for healthcare providers to properly advise them about sexual health, whether it is about getting tested or about prescribing pre-exposure prophylaxis, more commonly known as PrEP.

Adam4Adam blog readers, have you ever met someone who identifies as heteroflexible? Do you agree with Legate’s opinion that they should be recognized as a new sexual orientation? Or do you think this new label is unnecessary? We’d like to hear your thoughts about this. Share it with us in the comments section below! 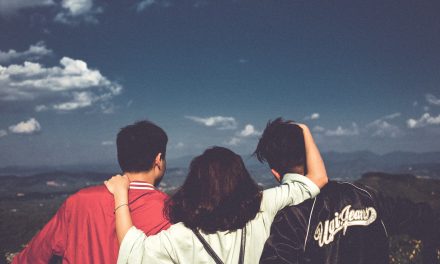 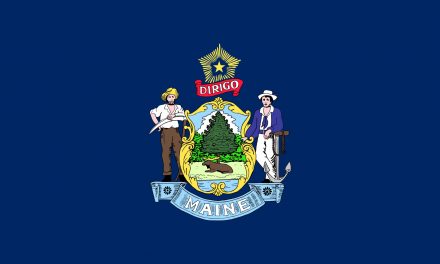 No need for a new word. People who are sexually attracted to both sexes are bisexual.

Is today’s use of Nomenclature! Heteroflexibility is Bisexuality…regardless of its ephemeral definition. Denoting your primary sexuality as “Heterosexuality” but, occasionally, delving into a member of the same sex, is casual bisexuality…six-of-one;half-dozen-of-the-other.

We humans create what we find either unpleasant or what we will to elevate ourselves…we are all potentially receptive to sexuality, regardless of what occupies the space between our legs’

It is our individual culture that determines what we are willing to indulge without guilt or shame.

For me, it is a no. I don’t have time for someone that can’t figure out whether they are gay or straight. Not into people that are indecisive.

No harm meant but you must be real young or quite mature. You might want to rethink or you’ll end up missing out on some great folk, IJS.

The social sciences are constantly trying to validate themselves by baffling us with bulls**t. Heteroflexible? WTF? There is nothing new under the sun, just constant attempts to reinvent the wheel. The concept of men with homosexual urges, with subsequent negative feeling about it is not a new phenomena. It is what it is. There are plenty of men that are in the realm of ‘prison sex’ due to the current crop of females. In order to have a regular sex life, they have to dip into the bisexual pool, though not happy to do so. The entire US culture of… Read more »

And here we go again with yet another new label. It’s too confusing to keep up with a these labels now. You like what you like. I myself, like both male and female… and leave it at. I understand how some Ppl need/like labels to feel seen or valued, but seems to me most of these labels are similar in definition with subtle differences, if I’m correct. I guess it is, what it is.

More important issues going on in this work than labels, pronouns. Etc. For instance, the elimination of the LGBT community right.

WHAT! You had me going up until your last sentence, did I miss something?

Heteroflexible, as described, appears to be either bisexual in denial, or a compensating heterosexual. We all know at least a few people who get sexually uninhibited when intoxicated, doing things they might not ordinarily do; or the ones I call tragic cases, who have to get intoxicated to make themselves do things. I draw the parallel with guys who emanate a certain attractiveness to gay men, and who seem to like attention, but who get defensive and almost compulsively seek a girlfriend, but typically seem to be intoxicated when with a woman. They seem to be unable to rectify certain… Read more »

They still bisexual. Don’t care what they wanna call themselves. People can say they a dog but they still a idiot. Same with these.

I am bisexual all the way. It is about the sex. I have no romantic feelings or emotions for a man. I do not kiss a man. I am not into nips or pits. It is my mouth and ass and his dick and money shot. I absolutely love a man cumming in my mouth. I love a super thick super shooter from a non smoking fit man. My bisexual fit male friend would be a 100% fit top and preferred in a healthy heterosexual relationship that likes to play with ONE man on occasion. A man that maybe doesn’t… Read more »

Good luck, my friend. Lately, for unknown reasons, I have been coming across a lot of bi-sexual men and they all want the same thing you want so your chances of finding the bi-sexual 100% top is a pipe dream, pun not intended.

Oh my..I’m a bisexual top but I don’t live in Cleveland anymore!

‘Heteroflexible’, ‘homoflexible’, ‘pansexual’, ‘mostly gay’, ‘mostly hetero’, and ‘omnisexual’ are all just other terms for being bisexual that people use to avoid actually coming out and calling themselves bisexual which is what they are.

Here in central Missouri that type of guy is a “three-beer queer”……but they don’t kiss …… on the lips.

that’s a new name for an old excuse, “I was so drunk…”, no one is, has been or ever will be that drunk and as for the kissing part, you can shove your cock so far down their throat, spin around and they’ll rim you like there ain’t no tomorrow but they won’t kiss, SHUT THE FRONT DOOR!

We’ve all always known these people. We used to call them “closet cases,” “in denial,” or “self hating.” The correct terms were and are “homosexual” or “bisexual” despite their refusal to accept them. Just as I am a “male” referenced properly in English as “he” or “him” despite the current politically “correct” climate in which I am encouraged to self identify as a ” non-binary rainbow-barfing unicorn superhero” who prefers to be addressed as “Your fabulous majesty and supreme groovylicious highness” and am both allowed and encouraged to take offense at those rude, cruel, and culturally backassward individuals who refuse… Read more »

I have met such people. This needs to be an option on the profiles. The intolerant, bigoted gays among us bully these people calling them gay anyway. This is a real thing.

You are right. I love/date women and I’m not interested in giving a man sexual pleasure – nor am I turned on by a man’s dick, body, ass, etc. in any way. That said, I have gotten blow jobs from dudes. I don’t have any “straight-guy” hang-ups, but never really felt like I fit into the “gay” or “bi-sexual” label, as I’m not attracted to men.

I think they drink excessively to not feel responsible, No new orientation, just a drunk bisexual.

Ah….bisexuals in denial. Got it.

Yes, I have… me! I’ve considered myself bi since I enjoy sex with both sexes, but not interested in a relationship with a man. But damn the sex sure is HOT!!

That, is just reinventing the wheel, not improving it, just another word for the very same thing.

“men and women who identify as heterosexual but are attracted and have sex with people of the same sex” are bisexual. Period. Simple.A matter of splitting hairs or just giving the LGTBQ+ members another reason to say “me! Me! I’m so special!” Thinking about same-sex sex or actually practicing it does not matter. That’s the B in LGTBQ+ …. that “The Community” that’s so often referenced by those seeking to legitimatize a certain social position. What does matter here is the absolute intolerance and hate demonstrated by so many posters for anyone who is bisexual or straight (the woman who… Read more »

“So many staunch, militant gays demand acceptance by everyone for who they are, but they quickly turn around and show some much intolerance and hatred for others”, so true.

I was surprised to find women, so confusing. Are they looking for other bi-sexual women? Or are they seeking out men who call themselves bi-sexual? I know I’m old and things are changing quickly so excuse me if this seems rude, it was not meant to be.

“Heteroflexible” is just a way to save one’s sense of dignity, or to not be out as bi. Euphemisms like this aren’t useful. Kinsey said that there’s a sliding scale of 0 to 6. Some just want a toe in the water… or a dick occasionally in a mouth.

Enough with the labels already. A bisexual is a bisexual no matter what asshat wants to devise a “new” label.