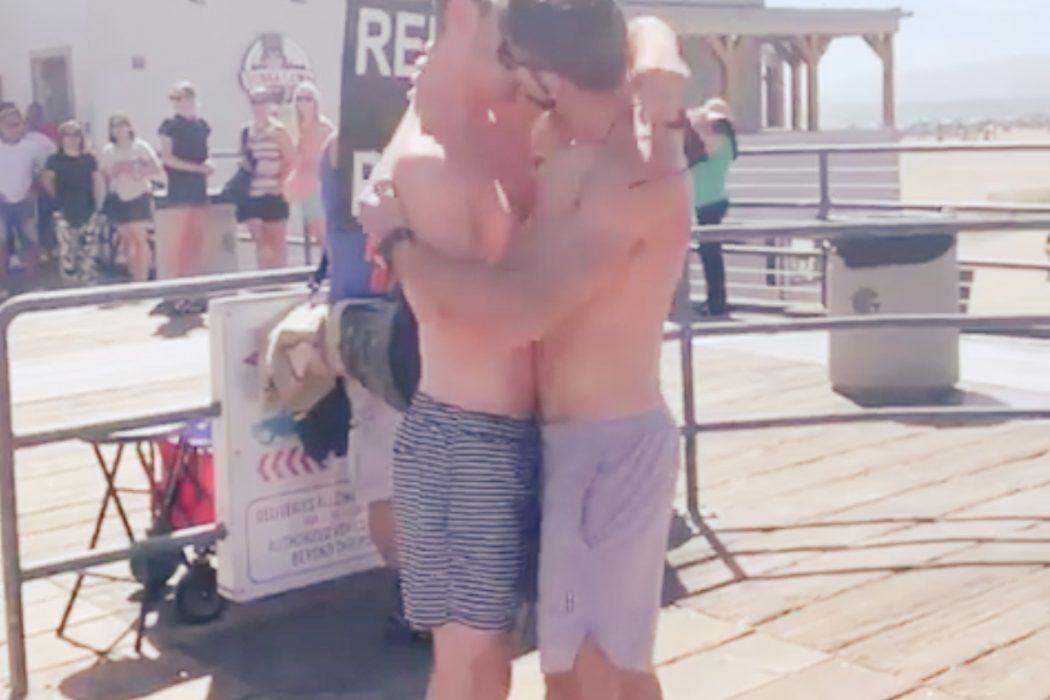 How often do you see homophobic preachers on the streets, guys, and how do you react when you encounter them? Gay adult video performers Michael DelRay and Dante Colle took to Twitter to show netizens how we should do it.

Dante Colle related to his fans through a recent Twitter post how they passed by and talked to a small group of anti-gay preachers on the Santa Monica Pier in California. One of them was speaking into a megaphone about the damnation of hell, another one was giving out flyers, while a third guy was holding up placards that read: “Where will you spend eternity? The fool has said, ‘There is no God.’ Repent or Perish.”

In the video that comes with the post, it can be seen that DelRay and Colle had approached and talked with the one handing out flyers. Apparently they asked him how they can be forgiven for their sins to which the preacher answered, “There’s no helping you guys.” What did you think their response was?

So @michael_delray and I asked these Anti Gay preachers how to be forgiven for our sins.
“Theres no helping you guys” he says…
Well. Might as well enjoy it then 😘@Str8UpGayPorn pic.twitter.com/6tjpdRJmWw

Colle’s Twitter post had received mixed reactions ranging from homophobic to disappointment and humorous. Some of their delighted fans said, “Well played,” “This is everything,” “This is going to be one of my fave vid of all time,” and “Hahahahaha. That’s one way to combat the hate and the bullshit.” We couldn’t agree more with that last statement, darling. Indeed, we should make love, not war.

Too funny guys! To bad ya couldn’t go full on eh? lol😈❤️

Fuck I would’ve loved to have been there for this

That was fucking hot. Loved the fact that people were cheering in the back

Oh.. I ran out of room..that was hilarious!! I cracked up laughing and choked on my peach tea! And kinda hot actually! Love & Light guys.😘 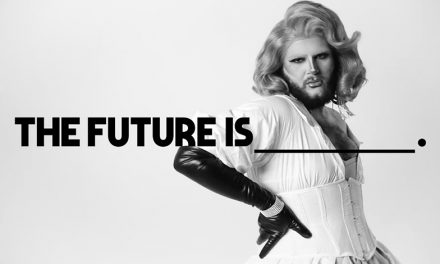 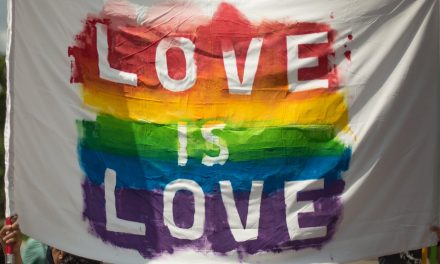 Interesting. There is a freedom of religion and the freedom of speech. We may not like what one is saying or believe in their religion but they have those right. Even if it is all hate. My reaction would have been “whatever” and just walked away. Dudes reactions was funny and I did chuckle. I am sure the preachers did not appreciate the show. However, it did give them just cause to condemn us all to hell. Unless your some kind of pervert that is not something that should be done in front of children. But it is all about… Read more »

I have to agree with you. I wish they would have found a more clever way to have responded to the preachers misguided message. Sometimes….. it is better to just WALK AWAY!!!

On the one hand, you agree the other your condemning them for the action at the end of the day it wouldn’t matter what was done cause they still feel the same way so pick aside

NOT HE’S NOT, READ YOUR BIBLE, NO PERSON EVER GOES TO HELL,IT’S FOR SATAN AND HIS ANGELS, AND AFTER 1,000 YEARS GOD RELEASES THEM!!, HE IS WRONG,HE IS SPEWING UNTRUTHS, WHEN JESUS SPOKE OF HELL,VERY LITTLE I ADD, IT WAS ”GEHENNA” THE TOWN DUMP FOR JERUSALEM,FULL OF DUNG,FIRE,LEPERS,CRIMINALS,WASTE, HE SAID IT WAS BETTER TO LIVE YOUR LIFE IN “GEHENNA FIRE” THAN DO EVIL,A MISTRANSLATION. ALSO IN OLD DEAD TESTAMENT ””’GOD HELD THE SUN IN PLACE FOUR HOURS SO THE JEWS COULD WIN THE BATTLE”,THIS IS WRONG,PLAIN AND SIMPLE

Yeah this is totally helping. /s
The only thing this is doing is helping their careers.

As a Christian, I don’t agree with the Preacher’s interpretation. But he was fully within his freedom to believe as he wished and to be preaching it in public.

I for certain cannot condone his being confronted and challenged by two individuals with a camera and an inflammatory purpose. Their actions far eclisped the hate they claim to be fighting.

Huynter0200,
I am willing to bet that those Preacher’s are there almost daily. If that is the case they went there just for hateful purposes. That makes their actions directly towards the Preacher’s.
That would make them worse as the targeted an individual vers sanding there yelling into a crowd.
And in the name of all that is holy. I am glad that I am not the only one that finds this action hateful.

Even if Preacher is there everyday, the Preacher’s right to do so in public is as protected as gay rights. A premeditated media attack is wrong and hateful.

There is nothing homophobic on their signs, and there is no audio of the preacher saying anything homophobic. I know that evangelicals generally consider homosexuality an abomination, but without specific hate speech, it isn’t a reaction to homophobia. It just comes across as two grandstanding, exhibitionist, gay assholes baiting some evangelical men who were simply expressing themselves via their rights to religious freedom and free speech. It’s stupid to consider this some kind of heroic protest.

I’ve been doing this move since I was 16. Or you act like Vanna White like you’re the assistant helping helping them out. Doing the two finger tap on the signs like Pat Sayjack* just said “show me two a’s. ”

I myself would have loved to have my partner there and just a nice kiss, I just show the movie Pray For Bobby, they should show it again on TV. It is a great true story, and shows just how far people believe that just by praying you will be cure. At the end the mother finally saw the real true about her son, and why he could not be safe.

So we’re cheering on intolerant behavior? This stunt is hateful. #FullStop.

Wow. I am pleasantly surprised to see these comments are level headed and can see how this stunt doesn’t help our cause one bit.

amazing HOW STUPID THESE PEOPLE ARE. there is NO HELL FOR ANYONE,truly evil people who DO NOT REPENT are denied a resurrection,they are ‘not ever to be in hell,THAT IS FOR SATAN AND HIS ANGELS,AND GOD LET’S THEM OUT AFTER A 1,000 YEARS,GO FIGURE THAT ONE OUT,NEVER HEARD A SERMON ON THAT!! this may be the solution,get allot of gay men making out very close to them,it WILL FREAK THEM OUT, LET’S DO IT,

Wow. I’ve wondered many times what the hell are all you self-haters even doing on this site? Yes, we have freedom of speech in this country, but you have to be willing to accept the consequences of said speech. Apparently they asked him how they can be forgiven for their sins to which the “preacher” answered, “There’s no helping you guys.” They replied, “Well. Might as well enjoy it then.” Just what did they do that was so terrible and earn your wrath against them and not the hater? They had the audacity to make-out in public? I say to… Read more »

There should be zero debate on the merits and/or actions of either party here. The Bill of Rights (Amendment 1 Freedom of Speech) gives everyone the right and ability to act on or voice their feelings, thoughts and personal ideodeology no matter how baseless, derogatory or untrue your thoughts are. The only exception to this inalienable right is when your vocalized thoughts are likely to, or do, act in a manner that will result in serious personal injury or death. Love it or despise it, this is nothing more than two parties who have opposing ideological views expressing their constitutionally… Read more »

I can’t decide which is more vain, egotistical, narcissistic, shallow, or sanctimonious — the gays or the preachers….

I get tired of everyone trying for force their ways and ideas of each other. I understand the point trying to be made, that Christians and other religions don’t accept the gay lifestyle. Also gay guys, seem to force their way of life on others. Let each individual or group do their own thing. Why make a scene? It only makes it harder for others to accept each way of life.