Right on the heels of the news out of London of a British patient experiencing HIV remission is new of a similar case happening in Germany. According to the New Scientist, a possible third case was announced at the Conference on Retrovirus and Opportunistic Infections held in Seattle.

Known only as the “Düsseldorf patient,” the man has shown no signs of infectious HIV even after spending three months not taking antiviral drugs. Just like the Berlin and London patients, the Düsseldorf patient underwent a treatment that replaced his bone marrow with cells from a donor that had a CCR5 gene mutation.

Other people who have HIV and who have also had a bone marrow transplant from a person with a CCR5 mutation are all being tracked by researches in a collaboration called IciStem. According to Javier Martinez-Picado of the IrsiCaixa AIDS Research Institute in Barcelona, there are two other people who have undergone the transplant but are still taking antiviral medications.

While these results are impressive, scientists are quick to point out that this method only works for people with HIV and cancer, since the procedure is incredibly risky and is only used as a last resort.

This is certainly positive news, as according to the Centers for Disease Control and Prevention’s (CDC) report on the HIV infection trend in the US by race/ethnicity and age, “progress in HIV prevention has stalled.”

Adam4Adam readers, does this new development give you optimism when it comes to finding a cure for HIV? Share your thoughts with us in the comments section below. 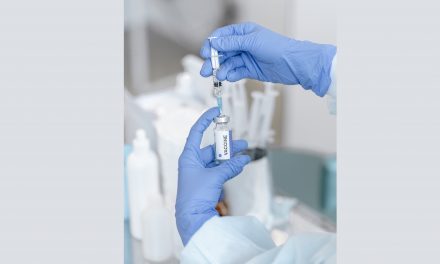 Are you talking about year over year increases in infections, or in the rate of new infections in those populations? Is it really possible that for a sector of the population the total number of infections has gone up 65% nationally in one year?

This is not a practical cure, just a proof of concept that HIV can be eradicated with gene editing. However nobody knows how risky that may be.

Black/African Americanf gay and bisexual men accounted for the largest number of HIV diagnoses (9,807), followed by Hispanic/Latinosg (7,436) and whites (6,982).
Some how ypu omitted white men. But I found the facts for you.

Regardless of what race or nationality you are, HIV is a virus and isn’t selective in whom it affects. Behavior and safe sex is the key. My BF and I are both neg and we get tested regularly. Yes, we are open in our relationships, and should I be concerned since he is black and I am white, that he might just be more likely to pick up HIV? Honest, I don’t worry about him and he doesn’t about me. We both try to play safe. Even if he contracted HIV, you know what, I would love and care about… Read more »

Wow i sure do hope that we find a cure would be great i been hiv + for 30 years june 5 never forget the day i was diagnosed.

We hope for you dear Pedro!
Sending love your way!
Dave

Pedro, hey don’t concern yourself too much about it. Apparently you have been on treatment, and poz for 30 years, so you have done real well, and have lots more life and excitement ahead for you. Most people who end up with cancer, heart attacks, or strokes don’t make it that long. Yes being diagnosed would be a shock, just like finding out about other diseases, but that’s in the past. Go forward in life, do things, be with others, and don’t make an issue or worry about it. Also don’t stop enjoying sexual play. If I knew you, I’d… Read more »

I wish it wasn’t such an invasive cure. My little sister was telling me about the 2nd person cured and she told me if she could she’d give me her bone marrow. I never found out how I was infected although in many ways it changed my life for the better. I’m scared of the procedure but I’m glad science is making progress. I’ve been positive for 5 years now and just want to be negative again. It’ll be great to close that chapter of my life one day where I have to get my blood drawn every 3 months… Read more »