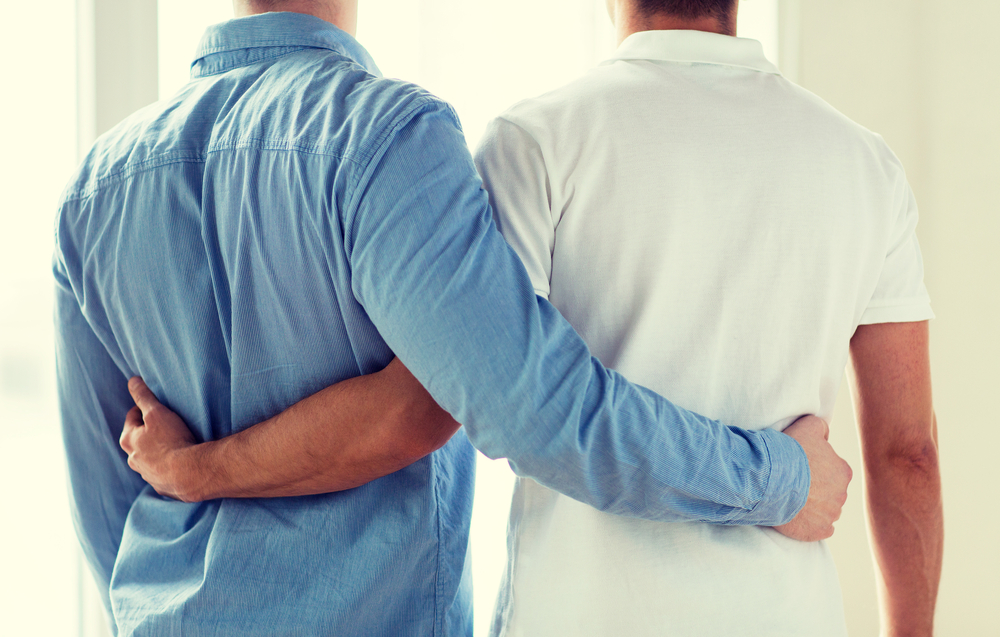 We all have heard a myth or two that some straight people believe about gay men. To start off, some of them think that being gay is a choice.

Well, what about their belief that same-sex parents are not as good as straight ones, that children are ‘better off’ with a mother and father than with gay parents? Have you ever heard of that one?

Those are just two myths among the many, there are others for sure, but for this article, we aren’t talking about those myths by straight people. Instead, we want to ask you if you are aware of myths that gay men themselves believe about being gay?

A gay man on Reddit named u/Puzzleheaded-Day3302 brought up this topic. He asked, “What are some common myths that many gay men believe about being gay?” He added, “We all know that straight people believe some weird stuff about us. I’d be rich if I counted all the times I’ve been asked who’s the woman. But what are some things that even gay guys tend to falsely believe about being gay?”

One of the respondents on the thread replied, “That we have better taste or are more ‘cultured’ than straight people.” He countered this myth with: “Nope, I have trash taste in most measures.”

Another popular reply reads, “That your life is over at 30,” while a separate answer said, “That straight men will fall in love with you eventually the more you hook up with them.”

Meanwhile, another man said, “Your sexual position in bed and your personality are the same thing.”

Having said all that, what about you, guys? Have you ever heard of a myth or two about gay men believed by gay men themselves? If so, kindly share them with us in the comments section below as well as your thoughts regarding said myths!

Speak Out: Share Your Most Romantic Experience With Us! 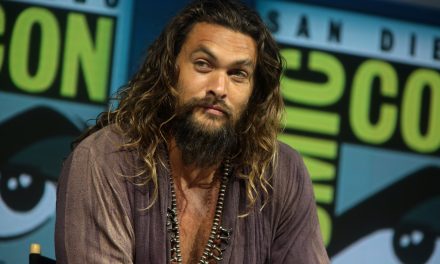 Hot or Not: Muscular Men with Beards

“MYTHS GAY MEN BELIEVE…” The question tries to compact anyone who’s “gay” into one homogeneous group. Simply put, could a definition of “gay” be “males who are sexually and/or emotionally attracted to other males? For whom, sex with females may not be absolutely 100% off the table, but the overall attraction is to males.” Given that … Gay guys come in all ages, ethnicities, and races. And with a “rainbow” of beliefs when it comes to social topics such as religion and politics, as well as music and clothing choices. And, especially, differences of opinions when it comes to what… Read more »

We all realize that trying to pin down an operational definition for “gay” is fraught with problems. But you’re missing the forest for the trees here. The issue is that certain populations, however broadly you want to define them, are more susceptible to certain beliefs than others. The gay community is no different. Referencing the “gay community” is not an attempt to divide people. It’s literally using a descriptor to delineate a certain subset of behavior. You sound like one of those old, married dudes who likes to suck dick on the side but would clutch his pearls in disgust… Read more »

I wish my ass was looser now that I shit rocks. One more B. S. myth.

I’ve never heard this myth, nor do I subscribe to it. Where are you hearing this nonsense?

It’s implied whenever you are asked if you are top or bottom, and straight people often ask that.

I’ve made the same comment on several occasions, like they have nothing else to hawk from thier shop besides Butt plugs and rubber dicks.

Something not quite right about being a Gay Male who is both “Orally Fixated and Preoccupied”!

Oral Sex is a Prelude To Penetration”!

Some Gay Males Prefer and Savor – the bite and tangy taste – of Spermatozoa”!

The Lips on the Face act like The Sphincter of the Anus”!

Children are better off with male and female parents. That’s why gay men should adopt babies who have no parents. We’re not mainstream, and that’s perfectly fine.

Wrong. Children are better off with GOOD parents, regardless of their sexuality. But by all means, keep drinking that Christian Kool-Aid, bruh.

I am not Christian, and two males or two females is not balanced, and the children are not exposed to the other gender. It is more natural, better or worse.

I didn’t say you were Christian. I said you were drinking the Christian Kool-Aid. You don’t have to be a Christian to fall victim to its prejudices and unwarranted assumptions.

You are correct that children are better off with GOOD parents, regardless of their sexuality. I downgraded you because of your blaming the Christians for the Kool-Aid. your charge is too general and off-point. It wasn’t until recently, that, this canard was prattled by the Psychological Community and in some quarters it still is prattled about. Besides, there are very few statements that anyone can make about all Christians. We Christians are a very divided bunch. Western Christianity splintered itself in the 16th Century.

The ideal home for a child is with a biological father and biological mother. That isn’t homophobia, it’s common sense. It’s natural. Most of America still believes that. And it’s not a coincidence that every time I hear about a child being groomed/transed/sexualized and it makes the news, it’s never a “traditional” household that child comes from.

There is no “ideal” in the world we live in today. There is however a strong alt-right “christian” line of BS we fight every day. BTW.. you cannot “groom” or teach anyone about their sexual orientation. You always have a choice who you have sex with…you do not have a choice to orientation.

Arguing with dunderheads is a fruitless endeavor.

The idea of home for a child is one where a child is loved and respected. If you look at all the mass shootings that have happened in the country, those people can from a household of a father and mother. Your statements are not based on any facts which are how myths are created in the first place. Yes, the traditional structure of a home is with a father and mother and that is still the predominant family structure. But there are many single parents and same-sex parents that have raised successful children who have become positive contributors to… Read more »

I’m afraid to break it to you, but saying that the “ideal home” for a child is with his biological mother and father is just as much of an artificial social construct as “the ideal sexual union is between people of the opposite sex”. It’s not natural. It’s just what you’re used to. There’s a difference, and whether “most of America” believes it or not is irrelevant to the point. I would expect this kind of bullshit from someone who uses the word “groomer” without any visible irony.

Also, the fact that you seem to think that no trans kids ever come from “traditional homes” (whatever the fuck that means) means you’re not only grossly ignorant, but you appear to be WILLFULLY and grossly ignorant. Be better.

Wrong. The ideal home for a child is with good, intelligent parents.

What about an ideal home for cats ? Anyway, I grew up with father and a mother, it was far from ideal.

The myth that we only use online sites and apps to hook up for sex. I’ve met many good friends online.

These myths are very interesting to read. But I think it is good to expose these falsities as basic misinformation and ignorance. Once these myths are placed out in the open, people can become educated about what practices and lifestyles best fit them. I don’t believe that people are stupid for believing these myths since these falsehoods are based on misconceived ideas and information. It isn’t just the extreme religions that use this tool to control and suppress people. Misinformation is used by any fearmongering group that wants to suppress another. Ultimately, the more educated and informed we are, the… Read more »

Moderators’ attention please. Please consider the posts of late by one poster here. Are they really acceptable? (maybe one, OK. But look at the list please.) “What the fuck is up with your use of quotation marks…?” “Go suck a Dick” “Why don’t you?” “..are buffoons…” “Wrong!” And there are more within this one post and others. Are these really acceptable within Community Guidelines? If so, please let us know why. Yes we can disagree, but must this poster’s continued abusive, disrespectful, nasty responses be seen acceptable? Not asking for a ban on him, but pretty much a demand that… Read more »

it’s a myth that fools think only democrats and liberals are gay….LOL

say that again? IMO Your sentence doesn’t make sense. What are you trying to say?
… seriously.

Wayne- Please tell that to my straight buddies. By chance, and not for their political views, I happen to have a circle of fellow married buddies who are all conservative republicans. By in large, we have an unwritten rule not to discuss politics (makes me very angry any time anyone says anything positive about that sick and demented former president). I’m a far-left liberal democrat and they sometimes seem to believe I’m in the closet. They happen to be correct but not because I give off any sexual signals at all (I like to think I wrote the book on… Read more »

Well, as long as they’re just myths, don’t even listen to them, listen to yourself, find out ‘who’ you are to you. As homosexual males, we’re not ‘completely’ monolithic, although sometimes I wonder, lol.

I just think/know, the earlier in life you know yourself; the better, than having the general or “moral majority” or whoever, telling you who and what you are, accepting it as truth; is just letting them “get in your head.”

Gays can’t be friends without having sex.
Effeminate gay men are “messy” and cause trouble.
Ministers of music in Black churches are all gay.

A follow up question could be now that the myths are listed, do you believe them?

The belief that being gay is harder than being straight. LOL ! Not true! I have had incredible sex with thousands of beautiful men and countless mind blowing orgasms. Beats paying skanks $50 for a “lap dance” to just be frustrated. I have had great boyfriends and a husband that lifted my life into the top stratosphere, being that he is a genius with a PhD from the Imperial Collage of London and banks 500K a year. I have gone everywhere on the planet and hot men have welcomed me with any thing I want, every place I’ve been. Life… Read more »

51
0
Would love your thoughts, please comment.x
()
x
| Reply
Share This