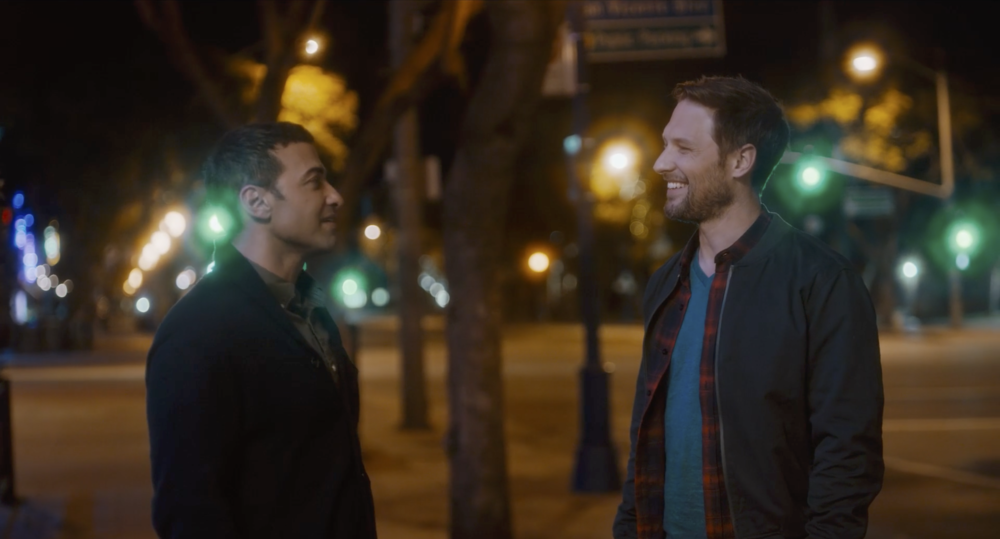 Yes, there are gay Muslims, too, and this romantic comedy film titled Breaking Fast gives us a glimpse on how it is to be gay and a Muslim at the same time.

Breaking Fast, which was written and directed by Mike Mosallam, follows the love life of a gastroenterologist from West Hollywood named Mo (played by American-Lebanese actor Haaz Sleiman, The Visitor).  Mo is in his 30s, a religiously observant gay Muslim, and someone who is reeling from heartbreak.

A year ago, Mo was unceremoniously dumped by his closeted boyfriend Hassan (played by Patrick Sabongui). Hassan, who has a religiously conservative family, has decided to marry a woman.

Fast forward to today, Mo is still trying to put back the pieces of his broken heart. But then he met an all-American aspiring actor named Kal (Michael Cassidy, Batman v. Superman: Dawn of Justice) through their mutual friend Sam (Amin El Gamal). There was no denying that sparks flew between the two, but why did they have to meet just when Mo’s about to observe the holy month of Ramadan? You see, during Ramadan, Mo must fast every day from dawn to sunset, which means no food, no water, no sex, not even impure thoughts! Will Mo find love anyway? Watch the movie’s trailer below!


The film’s writer and director Mike Mosallam told HuffPost during an interview that Breaking Fast was “born of his own frustrations with the lack of queer Muslim representation in television and film.”

Mosallam said in a statement:

I was really stumped when asked about what best represented a journey like mine in film and TV. I could not think of an answer. … A lot of Julia Roberts’ rom-coms taught me what it meant to love, to receive love, to give love, even though none of those characters looked like me. So it was really me wanting to insert myself, and my journey, into a familiar structure.

Further, Mosallam said, “Above all, I want audiences to see this film as an ideal. I’ve tried to create a sense of happiness for people in a time of real divisiveness.” He added, “Whether a person feels this film represents them or not, I hope it’s enough to make them share their true authentic story or their version of their lived experiences.”

You can watch Breaking Fast on Apple TV, iTunes, and Amazon Prime Video. 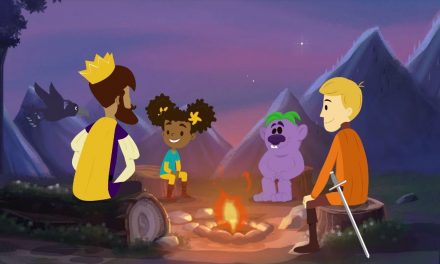 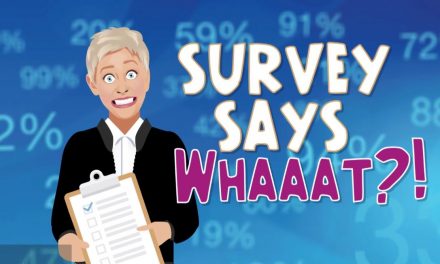 Watch This: Survey Says Whaaat on “The Ellen DeGeneres Show”

You guys live in an alternate reality. Seriously, homosexual sex is a death sentence in almost every country that celebrates Ramadan. Why are you glorifying a religion that executes people for gay sex?

A lot of “Christians” feel the same way, in the US and in a lot of former colonies poisoned by old western attitudes. Why are you denigrating people who are trying to navigate and overcome those obstacles?

There’s no common denominator between the two.
The obstacle was and is the fundamental Islam and its Sharia law (google it and read what it says about Gay men).

@FBC
They glorifying Islam to feel good about themselves for being more “Liberal” and “Pluralist”, while they don’t even bother to study anything about the issue. Instead rather re-frame it, according to their own point of view, that has nothing to do with reality.

I really don’t care to have my religion demonized, thank you. The dehumanizing rhetoric towards Muslims in Western media has gotten particularly bad during the Trump years. Accepting other religions isn’t about being “liberal” so much as it’s about being a human being in a functional society. You need to make peace with the fact that not everyone in the world is Christian.

Hey, a post I can relate to! Agreed with the director that Gay Muslim representation in media has been seriously lacking, exemplified by FBC’s comment. Often the narratives play into xenophobic tropes about “bringing freedom” to the gays in the Middle East via dronestrike, or otherwise vilifying Middle Eastern culture along this singular issue (e.g. Israel’s pinkwashing to justify the brutal Palestinian occupation). As a result of these harmful narratives, the gay community seems to assume I’m either a) str8 and deeply closeted and stepping out on my wife and kids or b) a babygay who’s stepping out of the… Read more »

They’re just as barbaric here in the USA as anywhere else, “they” are just too busy pointing the index finger at the rest of the world of color and other religions not of their own. However, in doing so, the rest of fingers of accusation/s are pointing right back at them.

Occupation?? From who? The Hashemite-kingdom Of Jordan? The British government? The ottoman empire? The German Templers, The Abbassid caliphate of Baghdad? the Omaid caliphate of damascus? The Roman empire? The Greeks? The Persians? The Judeans? (Oops…) I don’t know if you’re naïve, or stupid, or just another primitive Jews-hater, but ISRAEL is one of the most LGBT friendly countries in the world, and the only LGBT friendly country in the middle east, where people like are being executed, according to the Islamic Sharia law! Go ahead and google this term and see what it says about gay men like you…… Read more »

Claiming Palestine doesn’t exist via revised history doesn’t change the realities of the occupation. Palestine has existed for over 4000 years, with maps and currency bearing the name of the country dating back to antiquity, as far back as ancient Egypt, and officially recognized during the Roman Empire. Putting the word Palestine in scarequotes does not erase my history. Your reacting this violently against my stating the name a country speaks volumes about how fraught your positions is. As do the all-caps invocations of Sharia law in your post, which I had ironically anticipated in the parent post discussing pinkwashing.… Read more »

So this film focus in Ramadan holiday instead of the Islamic Sharia law? What about the tribal culture of most Islamic countries (includes “Lebanon”?) I’m sorry, but this sounds like another infantile, stupid and twisted film, that was designed to appease the “Progressive” / “Liberal” audience in western countries, who know absolutely NOTHING about Islam and the tribal culture in Islamic countries. If you’re making films about Muslim gay men, I think you should bring up the REAL story and expose the real reasons to why Gay men are being persecuted and even executed for. – There’s a red world out… Read more »