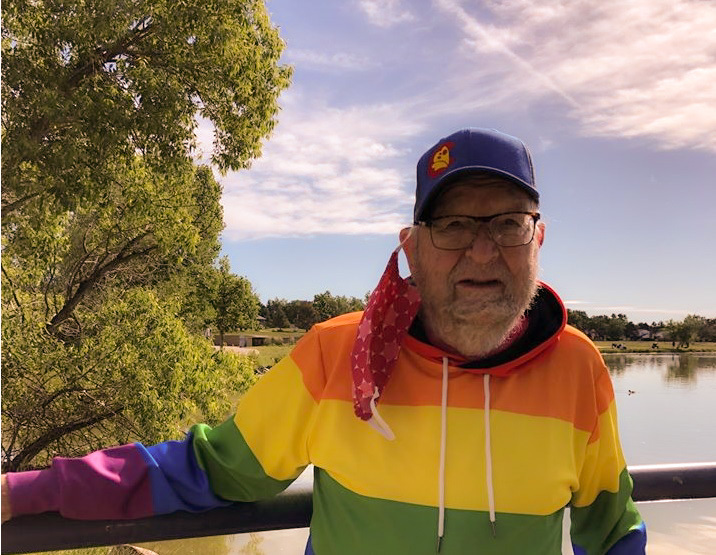 Whatever happened to Phillip?

This for sure, was the question running through the readers’ minds when we featured Mr. Kenneth Felts’ story a few days ago here on A4A blog. Mr. Felts is the 90-year-old grandpa from Arvada, Colorado who made headlines this Pride Month when he came out as gay to his family after spending nearly a century in the closet. If you have yet to read his story, you can do so here.

When he came out, he also mentioned a man named Phillip who he said was the love of his life.

The two of them met at work in Long Beach, California in 1957 and it was Phillip who taught him how to do reports. The attraction was instant and they started dating in secret because Mr. Felts was not out as a gay man. He added that eventually, he left Phillip because he felt guilty about their relationship; because he “was doing something with Phillip that was really wonderful but was ‘wrong.'”

Further, he explained, “Society and my religion said I should be straight. I had this conflict between the church and my love for Phillip.”

Mr. Felts said that he then left his job, Phillip, and California behind. Even so, Phillip wrote him two or three letters and the last one said: “If you don’t answer, I won’t bother you again.” He didn’t answer Phillip’s letter because he didn’t feel he could do both: “respond to him and continue being straight.”

He added, “So I chose to be straight and didn’t ever hear from him again. It was the wrong decision and I’ve regretted it all my life.” Read the Newsweek article in full here.

Many people have been messaging Mr. Felts about his story and one such person volunteered to locate Phillip. The search didn’t take months and Mr. Felts himself had shared the update about Phillip in the Newsweek article. He said:

But she discovered a week or so ago that he had passed away around two years ago. So it’s very difficult and very painful. To me, he died less than two weeks ago. I posted what I felt was an obituary for him online and people have been overwhelmingly supportive, saying how sorry they are that I missed seeing him. But it still hurts.

Part of the obituary that Mr. Felts wrote for Phillip reads:

It is so terribly frustrating to be so close to and yet not reach my lost love and horribly painful to not be able to say good-by. But the whole world now knows what a loving man he was with me and to me while we were together. My heart has turned to stone and I need my tears to wash away my sorrow. Rest in Peace Phillip.

You can read it in full below: 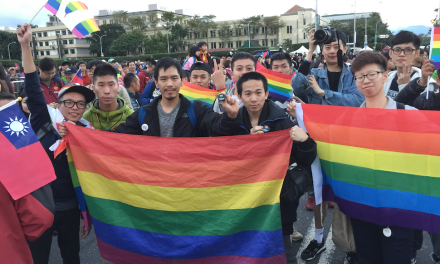 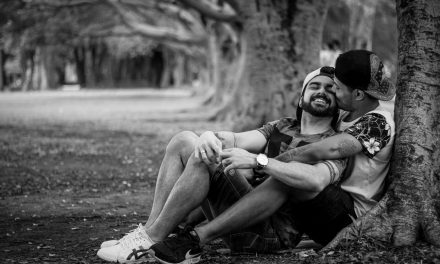 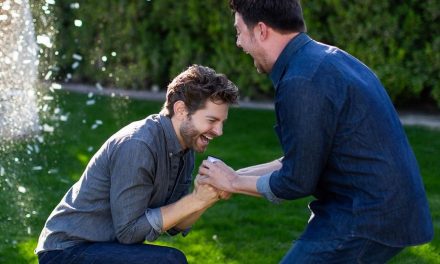 The Truth Be Told!… After reading of Mr. Felt’s lost love and untimely death… I had to reach, once again, for my trusted, perfumed box of Kleenex Tissues! I wept so profusely, I thought I’d drown! I praised-The-Lord, I hadn’t applied a moisturizer. I was sitting, securely, in my Chesterfield Arm Chair, divinely situated, within my sunken living room, when sorrow and grief brow-beat me! My Oriental carpet, was so wet with an avalanche of tears, I thought I’d have to send it out to be cleaned? I was forced to retire to the master bedroom to recline…safe and secure…to… Read more »

That man has at least 17 years on you … join FaceBook or another Scoial Media tool, find friends from your youth, or those from your military experience. You are a FREE man, and you have the RIGHT to be HAPPY IN THE HERE AND NOW. It is what I had wanted for you when you first started writing here and it is the reason I stopped writing a while ago, you simply gave up on yourself … YOU could be happy with the intimacy that comes from sharing parts of yourself with special someones and that does not mean… Read more »

I am no more unhappy than you profess not to be.

You poor guy. You hadn’t even applied moisturizer? Life must really suck for you.

N.Z.H. does not need to moisturize; he is “Forever Young”!

occasionally, N.Z.H. must exfoliate and apply Retinal. He does not wish to develop “Turkey Neck”; hence, the usages of prevention.

No need for wrinkles; No time for lines!

Don’t be sad. Felts could always become a coffin queen. Age is just a number, and nobody’s ever really gone. Gay culture is about family, and that’s what’s so powerful about it. : )

I was “Commenting” on the “Melodrama” contained herein…not the actuality of the “Facts herein.”

I, fully, understood and related to the fundamental sadness of having lost the love-of-his-life.

Me thinks NZH doth jest some??

Hugs & Kisses to you!

When Hunter4B & Hunter0500 misbehave, a good, thorough reprimand is warranted.

He needs to be kept-in-line and we, both, know what methods are necessary to curtail his excessive tirades and misplaced commentaries!

Hey, I may be incapable of going back to the hundreds of blogs in which NZH under his ‘other name’ speaks of unconsumated love and loss of his officer who lies 6 feet under with a wife and children … but I recall it in my bones. I want only for your happiness, and fulfilment. As for the rest, I am NOT Hunter500 and I actually stopped writing more than a year ago – tired of always being called out because my SN looks like Hunter500, he can say what he wants, but Dave, if you look back, I have… Read more »

Hunter4B: Most of us use a “Nom de Plume” on Adam4Adam. However, regardless of the “nom de plume,” our IP Address remains the same. It was Dave who reprimanded you for chewing his ass out because he expressed an opinion, unlike yours, and it was he who posted the Hunter4B & Hunter0500 using the same IP Address. Now, may we assume that Hunter4B will be defacto and represent you as a kinder, more gregarious “Homo Sapiens Sapiens”? Also, I bought a new HP AIO Computer and prior to using it, I deleted my A4A Profile and its “nom de plume.”… Read more »

Hey – thanks for the grand explanation, now, see if YOU follow, I never had a problem with Dave, he is the mediator and as such I respect his decisions, and that includes when he has cut things I added like LINKS or QUOTES …. and Yes you are correct people have confused me (Hunter4B) with HUNTER500 including Dave, but I tend to be pretty bland and supportive and my opinion is HUNTER500 likes to challenge and push limits (not a complaint, just and observance). Dave thought something I posted was TWO sided because earlier HUNTER500 had said the opposite… Read more »

Hunter4B: The next time you “Whine” within a “Public Sex Chatroom,” have some cheese! Allow me this: A Hunter is a Hunter…whether he be 0500 or 4B. What you wrote is your concept of a “Duality”; this is, when you are cantankerous, argumentative, persnickety and worked-up, you go under “Hunter0500.” When you are gregarious, agreeable, sociable and becalmed, you go under “Hunter4B”. You like to play both ends…to-the-middle as did Samuel Johnson, Eighteenth Century, Moralist & Essayist who would brag that he could take both sides of an argument. Most times, both sides were simply a different bent, not a… Read more »

Excellent avoidance of the topic and issues …
and queue the reason I stopped responding to you in the first place …
Dave and “500” can chime in, unless they, too, no longer care Either way, good luck

The fact that you no longer respond to me is just as irrelevant as anyone else not responding to your posts.

I am not the only one as Dave has, also, responded to your posts….accordingly. What I wrote is logical and rightful.

You set yourself up for it and it was accorded a response…regardless of the response.

I didn’t have to send out the Oriental carpet for cleansing…but, if Dave presents any more heartbreaking and God-forsaken blogs about the plights, injustices and the otherwise misbegottens, I’ll have to stock up on my favorite Kleenex, perfumed tissues!

Very sad but beautful and touching at the same time.