Speak Out: What Are Your Hard Limits In A Relationship? 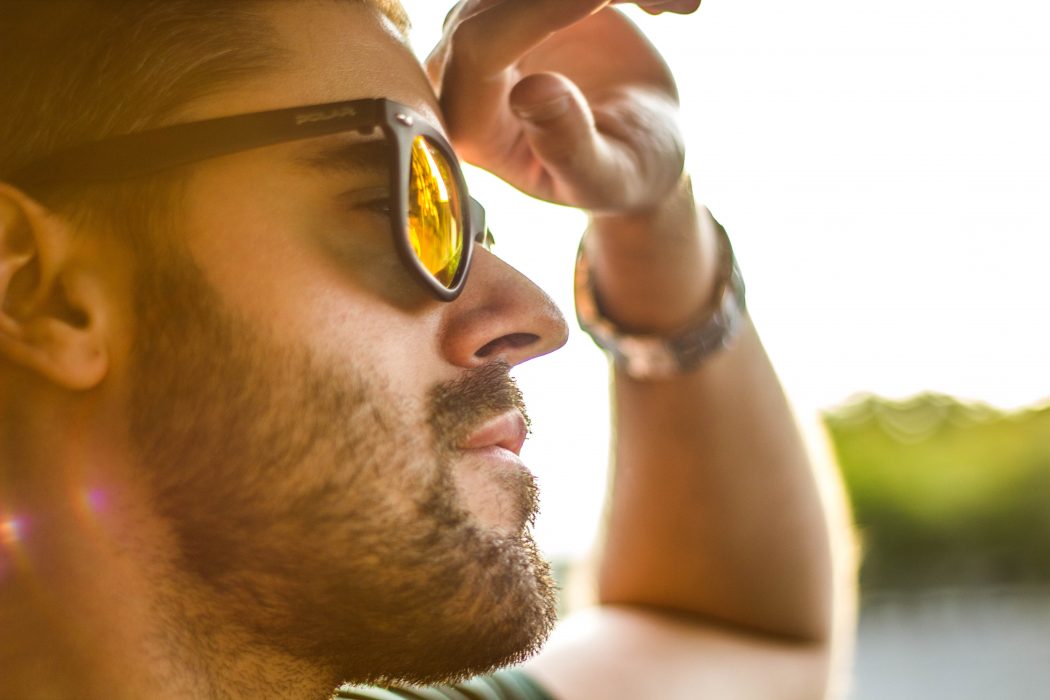 That said, we do have our limits, and one woman in a relationship with a bisexual man recently wrote to Slate to ask if her hard limit was something reasonable or not. According to the letter writer, her bisexual boyfriend has said that he’s mostly had sex with men, but has only been in relationships with women. Her boyfriend wants to open up their relationship, but she’s got some conditions she wants met before agreeing.

For one, she’s only cool with it if he sleeps with men and not with women. She’s also only okay with it if he’s the top during sex, because she’s afraid of sexually transmitted infections (STIs) and also because she isn’t comfortable thinking of him in a “vulnerable” position.

The columnist says there isn’t anything wrong with setting stipulations, at least in principle. He also corrected some of her misconceptions about bottoming and STIs. He also pointed out that just because his boyfriend may be topping, it doesn’t make him any less vulnerable. He writes: “Putting your dick in the mouth of a stranger who could bite it off without a hell of a lot of effort and of whose history you know nothing? Pretty damn vulnerable.”

In the end, the columnist didn’t have any firm advice to give her, other than to say that opening up the relationship is “going to play out the way it’s going to play out.”

All that said, we want to hear about what your hard limits are when it comes to your relationships. If you’re in an open relationship, do you set limits when your partner hooks up with other people? If you’re in a monogamous relationship, what do you consider cheating? Is it okay for your partner to think about having sex with other people but not actually do it, or would you still consider that cheating? Share your thoughts with us in the comments below! 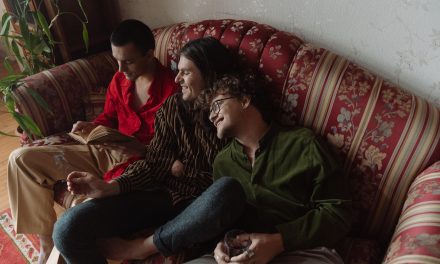 Speak Out : Is It Hard to Be Friends with Other Gay Men? 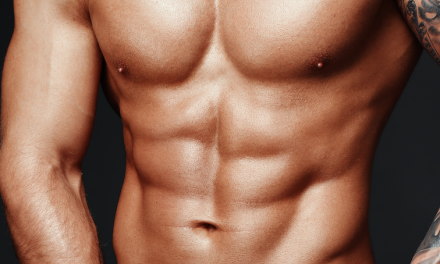 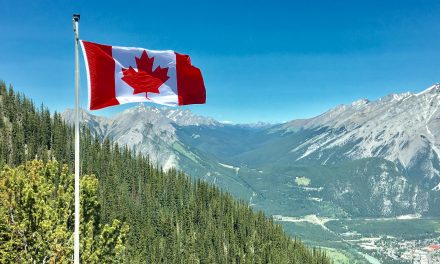 “…compromising when it comes to relationships is even more important…” The assumption here is that you’d undertake a relationship that was a mismatch from the getgo. Too many guys flitter from man to man hoping they’ll somehow magically end up with whatever it is they seem to think they’re looking for. When the relationship finally implodes, they blame the other guy and call themselves the “victim”. Successful relationships result when guys are consistent in their search, are able to articulate what they’re looking for and are patient enough to find it. That’s a tough order for most gay guys. Monogamy… Read more »

That’s pretty much the only way forward that makes sense. Preconditions in this age are just impractical. Everyone is on their path, evolving at their own rate. Just be explicit about your thinking and flexibility and get the same clarity in return before considering a relationship.

Yes, I set hardliners for me:
1. Drugs of any kind, not taken as directed
2. Barebacking outside the committed relationship
3. Exchanging money, goods or services for sex with anyone
4. Lying or cheating of any kind, that’s cheating.

Obviously, having sex with someone else without forming an agreement with your committed partner first is cheating. Violating that agreement is cheating. Having fantasies in your thoughts is obviously not cheating.

if your in a relationship DON”T f— around gay, st8?, whatever—stay single!!!!

There aren’t enough people who will admit this. That said I don’t care what other people do in their relationships and find it weird when the advertise they are open.

I do not pay-for-it!
I do not support it!

I do not live with it!
I do not create a Trust Fund!

I make no mention of its existence in my Will!

Ultimately, no provisions, whatsoever; however, I will write an Obituary and I will visit the grave!

It does not remain for Breakfast or is it given a cup of Coffee!

It is shown the Exit
and
The door is to be closed – tightly – behind it!

Once its Services are rendered; there is no point to continue the “Milk-Of-Human-Kindness”!

The “Hard Limit” is the word itself…. “Relationship”. It’s the exclusivity of a relationship that makes it just that. If you don’t want to be in one, fine. Be “companions”, “buddies”, “fwb”. The idea behind the relationship is giving of yourself and expecting the same of the other person, in the sense you having and they having the one thing in the universe no one else has…each other exclusive. I’m not a prude or opposed to having fun, but when the time, if ever, for a relationship presents itself, respect it, your partner and yourself. We fought hard for equality… Read more »

Have a job, and no ,disability is not a job. Have your own car ,your own money. Your elderly mother can’t come live with us.nor your 20 year old daughter with three kids by three different baby daddies neither of whom pay child support,and not her soon to be 4th baby daddy who just got out of jail,doesn’t work,smokes pot like a fiend and has drinking problem,if you want more than toast for breakfast get up early and make or stop at McDonald”s on the way to your job. If you don’t like the same music as I do we… Read more »

My husband and I met in 1975, and have great sex, and still do. From day one we have always had an “Open” honest relationship about any extra sexual encounters. Our guidelines established over mutual discussion and approval are as follows. 1. Always be safe, since everyone you sleep with is like sleeping with both partners, since whatever you may pick up will be shared (if not playing safe) with both parties. 2. We have never brought any “trick” into our private home / domain, since it is tght… our home. 3. After the adventure, we tell each other who… Read more »

First for me to even explore relationship they be a bottom who is fem or transgender whose smooth especially in the face and chest. No public flamboyancy at but it’s ok in private. No outside relationship unless both are present….

You wanna lose a good ‘thang’, (moi) don’t fuck-around outside our ‘thang’, I won’t either. No alcohol or drug of food addictions. I don’t trust anybody, who does not drink, though. I’m 1/2 Jamaican so, love to burn herb-now and then, not that all of ‘us’ do, but I do. No republicans at this point, no overly needy clingy shit, no cowardness, no greediness, not into femmes, either, if I was I’d get a real woman. I much prefer a man who who’s unapologetic about who is, simultaneously has no asshole traits either, don’t like unnecessary meanness or cruelty. Not… Read more »

Yes I have dealbreakers..

I understand all but #5.

Meth. Party and play. Sneaking around. Guys looking for love on a sex site.
In a relationship, completely open with my partner, of 27 years, so If they know it is not cheating. In fact he met many of my FBs. Honesty

My major concern is (1). personal hygiene. Very firm on that.
(2). Have a stable job where you can afford yourself.
(3). Average gym maintained body.
(4). Secure and individualistic. Nothing wrong with going on vacation alone every once in a while.

Why does it have to be a gym maintained body? Why not just be in decent shape?

Not commenting on how my open relationship works due to the fact that gay men can be a bit too judgmental about others. What works for one couple or one person in what their or his limits are set to, may not or cannot work for others, therefore, there is no point in disclosing the limits in my relationship. All I can say is we both have a respect for each other and as long as that respect is maintained, the love between us will always be.

Gay people and “relationships”. What a farce. This culture and lifestyle is a dysfunctional mess.

This X1000. Read these sick comments. Gay men denouncing others for being femme, for being disabled, and for wanting a relationship? A bunch of schizoids here. And the partnered guys saying it’s okay for them to screw around so long as it’s in the other guys’ house and not their own? Bizarre and selfish beyond comprehension.

Once my husband flew a model from Japan to San Francisco for my enjoyment. I enjoyed him very much. We have an over 10 million dollar net worth and a 26 year long marriage. I’ll take my ” “bizarre and selfish life” over yours any day…… Just last month we were lounging on a luxurious beach on the Aegean. No cramped flights for me to get there, A lay flat bed in a private suite (with a door!) on the plane is heaven. Next month I’ll be shopping for Missioni in Italy. We were going to go to Prague, but… Read more »

“I won’t be wronged. I won’t be insulted. I won’t be laid a hand on. I don’t do these things to other people and I require the same from them.” – J B Books (John Wayne) in The Shootist

That pretty much sums it up for me.

I have heard enough relationship horror stories from others and experienced enough myself to know this much: 1. you have to be CLEAR about your expectations and boundaries before co-habitating with another man. If he is on a different page with such issues as substance use/ abuse, sexual fidelity or the lack thereof, and especially calm and non-drama-infused communication between the two of you and you still move in together then you are either in a state of oblivious denial or are adrift in a Hollywood movie version of love. 2. If you sense a flashing warning sign about the… Read more »

Due to past experience, I know that I should stay away from Satanists, Republicans, and Aquarius Star Signs. No good can come from guys who type double Ts in words spelled with only one T or were not born in 1988 yet are obsessed with the number 88.
No good can come from those relationships.

Be honest & don’t lie. I’ld rather you tell me you want to break up instead of sending a “Dear John” E-Mail on my bd or tell me that you were just with me because you were having a fight with your bf.
As to they lying, my last bf promised me he wouldn’t do drugs. Over time, that statement went out the window & I went out the door as well.

I have the best husband… as long as I’m happy, he’s happy.

My husband and I have had an open relationship from the start. After being together 15 years, we are better than ever, we’re devoted to one another and deeply in love. We can hook up with whomever we want, with or without the other. I am thrilled to hear about his encounters to the extent he want to share. He feels the same about me. We’ve recognized that we both like getting together with guys and also acknowledge that we are two independant men who have slightly different sexual interests, libidos, fetiches, and energy levels. There is no jealousy or… Read more »

30
0
Would love your thoughts, please comment.x
()
x
| Reply
Share This