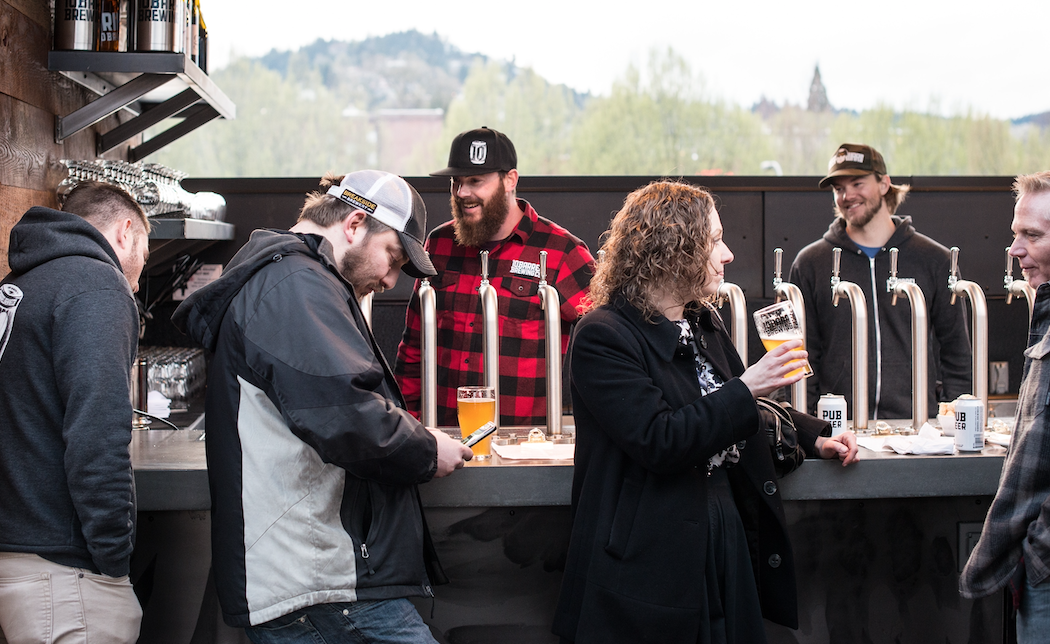 If you were outrage earlier this month by the plan to hold a straight pride parade, prepare to feel that outrage once again as the application submitted to city offcials has been approved.

As reported by Boston.com, the city has approved the group Super Happy Fun America’ public event application, meaning they can host a parade on August 31 from noon to 3 p.m.

The group is hailing the decision as “a seminal moment in the history of civil rights in America.”

John Hugo, president of Super Happy Fun America, wrote this on the group’s website: “We would like to congratulate the City for embracing progress and recognizing the rights of straights. The parade will be a seminal moment in the history of civil rights in America. All are welcome, both straights and allies, to join us in celebrating the diverse history, culture, and contributions of the straight community.”

Hugo also said that straight people are “an oppressed majority.”

“We will fight for the right of straights everywhere to express pride in themselves without fear of judgement and hate. The day will come when straights will finally be included as equals among all of the other orientations,” he writes on the group’s website.

As the Adam4Adam blog has written before, the Super Fun Happy America group is only made up of four members:  its president, John Hugo; vice president, Mark Sahady; “gay ambassador” Chris Bartley, and Anthony Tamagna, who handles media relations. Sahady had previously said the straight pride parade is “meant to poke fun at the ‘identity politics’ of the political left.”

The straight pride parade now only needs two more approvals: one from the police department and one from the licensing board so that they can receive a parade permit and an entertainment license. 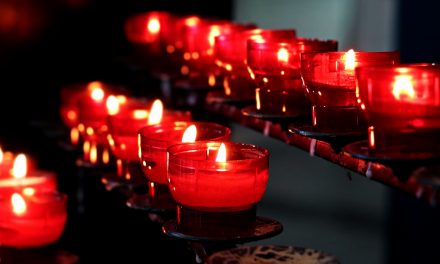 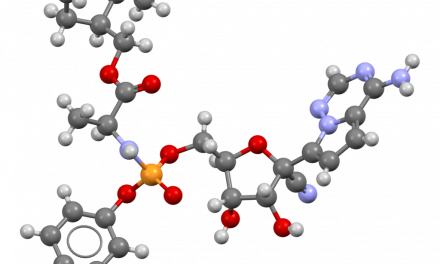 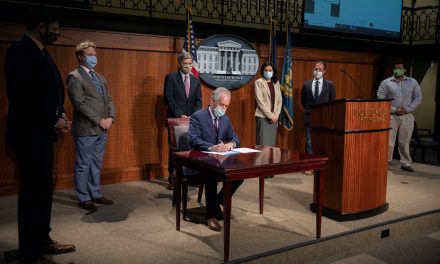 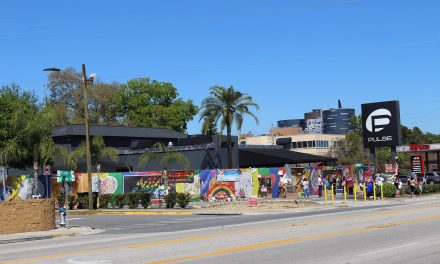 Good for them! this is a free country, you can do it whatever you want as long you can be a tolerant person. You want to be outrage? how about that Iran they kill gay people or in Chechnya.
Saludos!

Actually, outrage over iran and Chechnya doesn’t do much good. We have plenty of problems here at home that deserve outrage–like our government always finds the money to make the big banks bigger, to increase the military budget $40-50 billion every year, to enrich health insurance companies instead of improving people’s health, to give carbon-capture tax rebates Chevron and Exxon/Mobile for their using carbon to frack fossil fuels but can’t find room in the budget for 50,000+ children who will experience homelessness this yeear, the 1 in 4 children who live in a home without enough food, or to put… Read more »

People who have sex with the same sex and people who express there gender differently than their assigned sex at birth didn’t decide “let’s create labels so we can have special rights and safe spaces”. These identities were created by doctors, psychiatrists, clergy, and lawmakers for the purpose of “curing”, arresting, beating, killing, shaming a small minority of the population for the arbitrary and not very interesting differences of gender expression or having same-sex partners. No one is taking their own life as a teenager because of shame of being straight. No one will be in the ER tonight after… Read more »

Now, we will understand the meaning of “Pandora’s Box”?

Once the lid is opened, it ever-increasingly continues to open, until it is fully opened. In the interim, all the crap spews out and then, finally, “Hope” appears.

Things do not happen in a vacuum…!

Honestly I don’t feel outraged. This is just a click bait headline to go stir the pot and put straight people against the LGBTQ community when straight people and have been on our side for so many years. I don’t see anything wrong with straight people celebrating their pride for being straight. We have a whole month for PRIDE and we want to be outraged? Gtfoh!!! This makes the LGBTQ community look like we get offended by everything. I see nothing that screams this is homophobic, transphobic, or anything like that. Get some tougher skin and stop being offended by… Read more »

This is a joke. Gays have been oppressed for years and even til this day and age. Gays have pride fest to be proud of who they are regardless of those who hate us. No one hate atr8 ppl and str8 ppl and they are free to be themselves any and everywhere without bashing or ridicule. This is almost a slap im the face and a laughing matter for nongays.

I can’t imagine why a str8 pride parade woud offend the gay community since they claim to be the most tolerant and accepting of all different sexual orientations. What a bunch of hypocrites! Its nice to see someone standing up against all this idiotic political correctness and liberal progressivism that’s ruining our nation’s values and traditions. Four more yrs of Trump!! Hooray for conservatives!

Is there a difference between Trump and Biden–seems like the same shit to me, but they just use different identity politics to fire up “the base”.

You obviously dont pay attention … at all . You should seriously be ashamed to even ask that question . One is an unaccomplished life long government parasite whose accomplishments cannot be cited by any lib I question ,,,, not one , ever , period. The other really needs no introduction and is perhaps one of the most accomplished men in the world . Period . He is brash , demanding and hell bent on “winning” . Good Lord , please educate yourself. It is not fair to your fellow American citizen to vote for something you have no actual… Read more »

We give kids diplomas from preschool and kindergarten as well as medals just for showing up so why should straight people be any different? There is no reason why they should be denied a parade since everyone is entitled now.

So let some gay people enter the parade. If their point is diversity, what can they say?

I I think it’s great and about time

I I think it’s great and about time

I think a straight pride event is ok as long as it is not a hate event. We welcome straight people to our events with love for all. As long as they share a love event they should be proud that they are straight.

Its great and about time

Don’t be surprised if many of the down low and discreet gays are there. Can’t trust many gays now days.

Why get upset or cause hate, discontent and drama? We can’t have equal rights if we deny others of theirs. It pride month. Let them be proud of who they are. Is being straight something bad? Are straight people the “an oppressed majority.”? Maybe so. We want to force them to except who we are to the extend of pushing it to the supreme court. Taking their rights away. There will always be someone that does not like the lgbt community. By making a big deal over a straight parade just adds to the hate they have. Let them have… Read more »

finally someone had the balls to do a straight parade. im certain it wont be any different than gay pride, a bunch of dumb drunks during the day enclosed by a square fence. good going straight people if gays can make up their own whatever, they get approved, because god forbid a gay person gets denied anything. oh btw i myself am not gay i just only have sex with guys

You’re not gay you just only have sex with guys lol! That’s what gay is dude. It’s not a lifestlye or liking musicals. You are such a self hating cliche. Get therapy.

“Outrage”? I’m supposed to feel outrage? I’m being told to feel outrage?
Imitation is after all the sincerest form of flattery.
Seriously Dave, given all of the world problems, your a total fucktard if this is what passionately bothers you in life.

I swear the US is looking more dumb by the minute. Straight people are not oppressed in any way, shape or form. That whole parade looks like it was created by an online troll. They couldn’t even call it straight pride parade, they even have to put a stupid troll like title for it cus they knew they would get backlash. Most Lbgt are not after straight people and couples. Stop promoting that stereotype. And once again, making people from the far right look like they outta their minds as usual. They are really stereotyping all straights as butt hurt… Read more »

Why should I be outraged by this? Everyone SHOULD be able to freely celebrate their identity, even if we don’t all understand it or deem it necessary. Sure, “straight pride” seems like a petty tit for tat thing IMO, but tit for tat seems to be the general mentality of this country these days. However, none of this even remotely bothers me. Hope they enjoy themselves.

Oh sure. Why not? Straights have a parade for every damned thing else. But straights are oppressed? Is that like Christians being oppressed? I think that’s bogus. Otherwise, enjoy the parade.

How ridiculous. Goes right along with the ridiculous white supremacy movement. Were all equal, If a person prefers to be straight, gay or bi that is their choice. Respect is what people need to learn. I support people in general, help them out, and it doesn’t matter to me about their sexual orientation, race, or what country their from or what language they speak.

well it’s a free America, so who ever wants to enjoy a day to express themselves it’s their rights. It does say every one can join them on the parade, so if str8 and LGBT show their unity so let it be. We can’t be here if their are no str8 people Right?

Until this last week when I watched the PBS program on the Stonewall Uprising and the subsequent first Gay Pride parade, I had no idea what the Gay Pride parade was all about.

I am not yet sure I understand what Gay Pride is all about 50 years later. However, the concept of a ‘straight pride parade’ is even more foreign and shows the ignorance of it’s supporters and organizers.

I cannot begin to express the depths of my disappointment!

Its great and about time, everyone should be able to Express themselves no matter what their orientation is

They have a right to do it of course. It’s also fucking ridiculous.

A heterosexual parade does not bother me but I think it’s pointless. The group that’s starting the parade are men only and their cause for it is absolutely nonsense. I think their real reasons for their parade is just a silly tease, an event or “holiday” to drink and to have half naked women parading down the street. I wonder if they’ll allow gays in their parade

The worst thing anyone could do is express outrage, and object. Otherwise it plays right into their hands of saying they are oppressed. The best reaction would be a shoulder shrug. Who cares … let them have a parade if they want to, it’s their right.

This whole country, minute by minute, day to day, is just sinking, further and further into the abyss of mental illness. It’s like no one knows, exactly, how to proceed with being an American, let alone, what a truly “good American” respecting, their fellow Americans, what that means. This would be like white people complaining about experiencing racism, you know, how stupid that would be, well, ok, who started that, then? How, are hetero’s being discriminated against? I think Hugo’s ridiculous, “poking fun/joking” about “identity politics” really isn’t a joke, that’s like joking about some of the most severe cases… Read more »