Hot Or Not: Dirty Talk 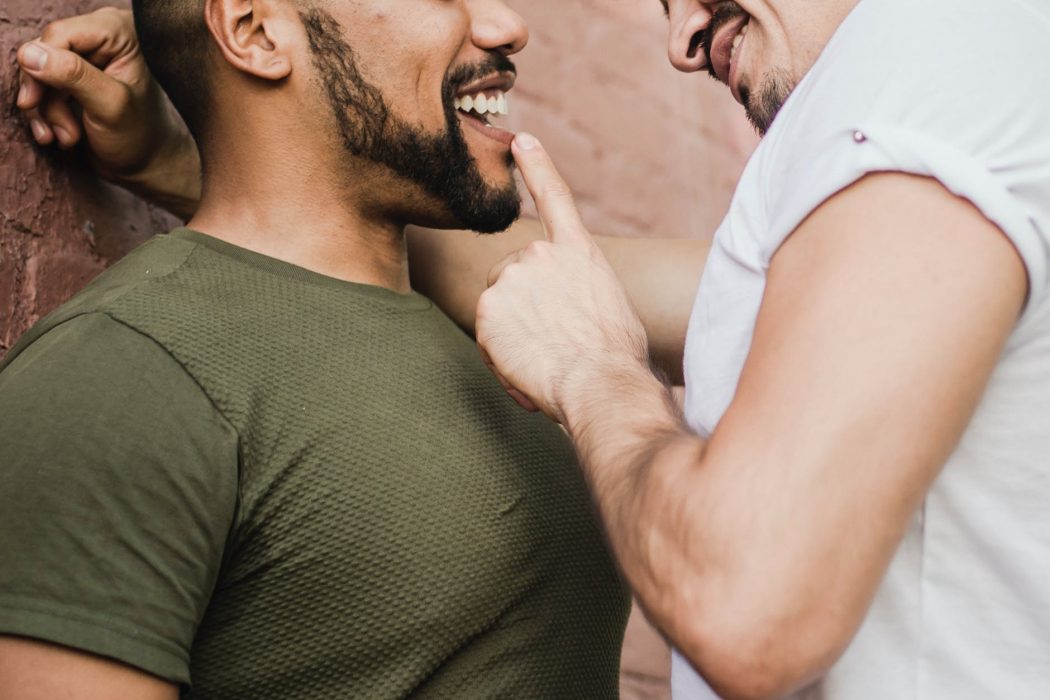 How do you find dirty talk, guys? Do you like it? Do you, perhaps, hate it? Do you or don’t you want your partner to talk dirty during sex?

A commenter named gouplesblog, however, explained:

Dirty talk isn’t the problem here – degradation is. You don’t like being degraded, even in a role-play environment – that’s totally fine. I’m similar – it’s off-putting at best and I wouldn’t enjoy calling hub those names – if he asked though I would.

Just tell your partners that degrading words in dirty talk is a no-go. It is a perfectly valid kink though, so be careful about kink-shaming – no one likes their yums being yuk’d.

Another respondent named BelCantoTenor said, that he “only like dirty talk if it’s sincere.” He added, “I don’t like the disgusting, name calling, degrading porn-style rubbish like you just described. That shit is nasty.” It’s a sentiment that was shared by another user named Btd030914 who said, “Yeah if it’s authentic in the moment it’s hot af. Otherwise, totally cringey.”

Nonetheless, there are also many others who dislike dirty talk like speaking_silence_god, he confessed, “I find it cringey, but my bottoms love it, so I live to serve.”

Why do many people love dirty talk though? Why does it fuel our sexual arousal? Well, science has an answer.

Sex, according to Medical Daily, “begins in the mind” as sex drive comes from the brain and as a result, the brain is therefore, “considered a more powerful sexual organ than even male and female genitalia.”

Meanwhile, Dr. Daryl Cioffi Appleton—owner of Polaris Counseling & Consulting and a professor of neuropsychology and a psychotherapist—explained to Medical Daily, “People very much enjoy dirty talking because it activates all regions of your brain while your body is also getting stimulated.” Further, she said, “Similar areas of the brain are touched upon during dirty talk as when we curse. So, very often as your brain sees it, the dirtier the better.”

Having said all that, what for you is a great example of dirty talk? Ones that would, without fail, turn you on?  Drop us a line or two in the comments section below and of course, please don’t forget to share your stories with us! 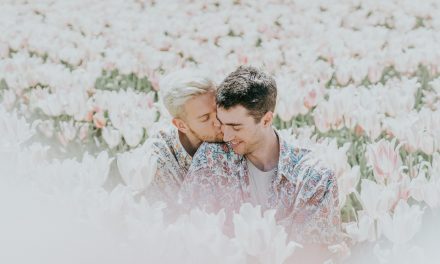 Hot or Not: Are You Attracted to a Man’s Body Odor? 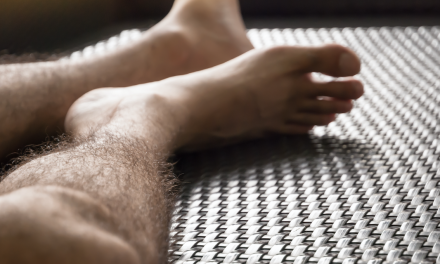 HOT OR NOT: HAIRY LEGS

It’s not my thing. Other than fuck me or something similar, that is about my limit.

Love a guy talking dirty to me. His hot breath in my ear as he spews out filthy dialogue while thrusting deep in me

There is a difference between Sexy Talk & Dirty Talk… .

Sexy Talk requires an imagination, matching vocabulary, timing, inflections, tone and the innate knowledge of what will excite your partner?

Sexy Talk can be as original as the intended participants… .Sender/Receiver.

Dirty Talk is rote as it is, already, within The Public Domain…known to all and already heard, many, many, many times over. It requires only familiarity…not imagination. Spew it out & get it over with… .

Dirty Talk is a ignorant mouth; Sexy Talk is an imaginative and resourceful mouth…

What guy can resist his playmate when he’s “begging” to be bred or fed? Dirty talk doesn’t necessarily have to be degrading. Sometimes a guy’s ego needs stroked just as much as his dick. One needs to be attuned to his playmate’s body language and act accordingly.

You know, I am always puzzled as to what constitutes “dirty talk”… Perhaps I’m not a sophisticated enough porn consumer, but the standard “fuck oh yeah fuck” seems rather unimaginative, and not terribly ‘dirty’. Shaming someone, even in ‘play’ by calling them a ‘slut’ ‘whore’ ‘cum-dump’ etc.doesn’t seem so much dirty as it does offensive and demeaning. Mind you, I do love being called a cock-sucker, but for me that’s a term of endearment… And telling my top to “Fuck me–harder, deeper, faster, etc.” or telling him “Oh my god, you’re so fucking BIG” doesn’t seem terribly ‘dirty’ either, tho… Read more »

I have always been excited by my lovers who talk dirty while we are in the act of love making.

I don’t think it’s a matter of being “comfortable.” Race-based sex is stupid. (Ignorance you can overcome. Stupidity is forever.)

This won’t be popular, but…. No matter how you slice it, dress it up, or rationale the behavior, race-based sex is the personification of ignorance and low self-esteem. It’s popular with some black bottom men who prefer and have a singular focus only for white men; and with some white top men who have zero respect for black men, in general, and a way to further subjugate someone he sees an inferior. It’s that simple. Sad, but true.

0
Reply
Into the Abyss
Reply to  Michael

Just say it’s not something you would or have a desire to participate in.

I am a big-time “dirty talker” and I see over and over again how well it works to increase the level of sexual excitement between my partner and me. A tip, it helps to prepare yourself in advance with a lot of effective words and phrases,-yes, rehearse- so that some hot talk will come to you when you need it. The more you talk sexy-talk the better you get at it.. Every guy needs to be reassured that they’re good lovers, that what they’re doing to you feels good, that they themselves are looking hot where it matters, etc…You reward… Read more »

I have to admit….I do love a guy talking dirty to me as he fucks me hard and deep. I’ve never been the romantic type who enjoys sweet talk and cuddling or snuggling. I’ve always enjoyed sex a bit on the rough side. I like to fuck hard with a guy and then get up and go home…or get on with my day. And a guy telling me in no uncertain terms what he’s going to do to me as he unzips my trousers really gets my cock to stand at attention.

It’s a HOT for me hands down.

There nothing like a hot stud pounding and call me a cock whore, cum-dump, dirty slut.

I am closet MWM and just adds to the sexaul experience

It depends on the partner. Some guys just aren’t good at dirty talk. Others can be degrading you while they pound your ass and have you begging for it harder. Those guys are hard to find, and super hot.

Dirty talk is fine by me if it’s authentic. Here’s a perfect example: After many years of being a total top after being versatile in the ’70s and ’80s, a few years ago I was with a guy who was manhandling me to the point where I just felt like I had become all his. My ass and legs naturally spread apart for him. I was ready to be fucked again for the first time in nearly 30 years. Once he slid his cock up my ass as I laid there in a missionary position, I was in such heaven… Read more »

I can’t do it without laughing.

I love dirty talk and name calling. Huge turn of for me and whoever I play with is ok with it. Being degraded verbally is HOT TOO!!! I’ve shot some of my biggest loads while doing all the above. Guys who I’ve been with more then once,noticed a difference in my load quantity lol

I do like dirty talk during sex. As others have noted, I do not like being degraded or called names but I like dirty talk when the top is telling me to take his dick or to take his load or something like that and once he gets his dick in me he asks if i like it…nothing degrading just fun dirty talkling…of course with lots of moaning too.

I’m not totally opposed to it, just depends on what we’re into or experimenting with, especially being that we just turn each other the hell on anyway. I was seeing someone who is bi- and he would call me at work “warning” me of ‘how’ exactly he needed my body and what he needed to do to me. He had a key to my apt., so he told me how he expected to find me; being ready for him, lmao, even now it gives me a hard-on just thinking of him, woof!!!!

It all depends on chemistry for me. I’m a Black Top/Daddy who enjoys a degree of verbal dominance over a bottom of any color. I can be tenderly seductive, commanding/instructional, or dominate degrading…”Let Daddy lick you luscious lad”/”Put this on for Daddy and come here”/”Suck my dick clit bitch!” I’ve discovered that Hispanic, Asian, Native American, Middle Eastern men may have a preference for Black men, but they won’t introduce race into sex/dirty talk. If they do, they will ask first and it will be individualized and complimentary versus generalized and derogatory. I’m my experience White men will ask for… Read more »

DT is a major turn on with me, both ways, love a nasty filthy fuckin mind man to MAN,,,the dirtier the better, use n abuse

Not! I don’t go by words, but actions!

It has its place. I love being considered a guy’s bitch or whore, even ok with some derogatory gay terms when a guy is getting rough and he’s an aggressive dominant man who gives as much pleasure as I try to give him. I prefer pet names like boy or baby when we’re being more passionate and sensual but when things get more animal in nature I have no problem with any name calling. I’ve been with some guys who like me to talk about their manhood and size and if that’s what keeps him aroused and into it I… Read more »