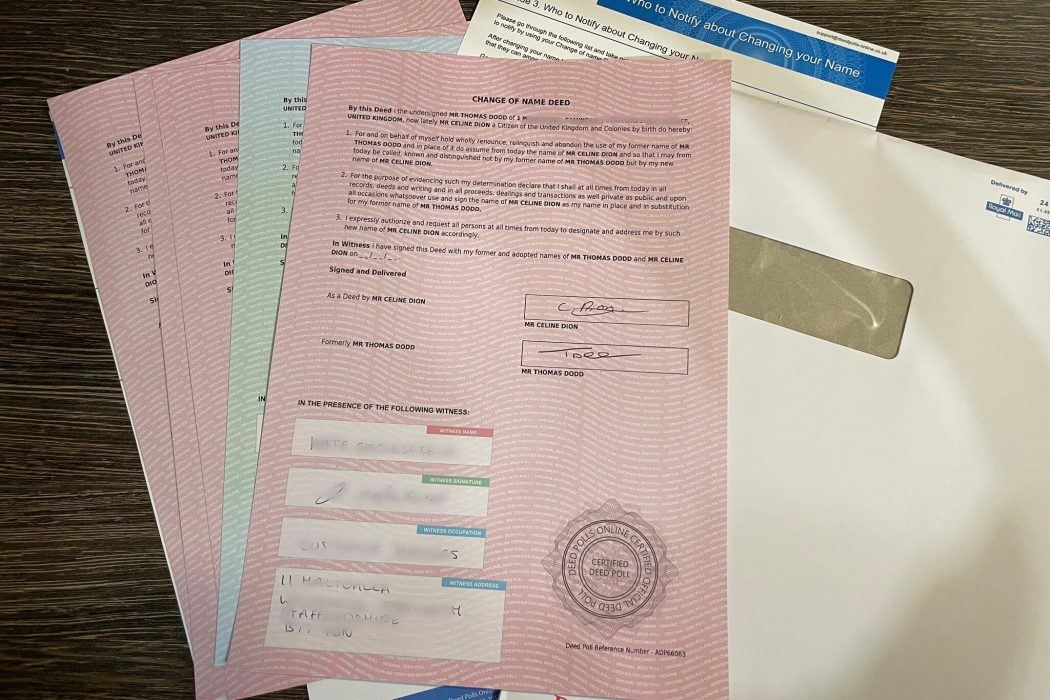 Thomas Dodd, a hospitality manager from Clifton Campville—a village in Staffordshire, England—is a huge Céline Dion fan. In his own words, he said that he is “slightly obsessed with her, I’m not going to lie.”


The 30-year-old gay man confessed through a Twitter post dated December 31, 2020 that he legally changed his name to hers after having one drink too many during Christmas.

Dodd revealed he had been watching a lot of live concerts on the TV while on lockdown due to COVID-19. He said that one of those concerts was Céline Dion’s and that was probably when the idea came to his mind prompting him to go online and change his name for £89.

“I honestly, hand on heart, don’t remember doing it!” he said in an interview. “I remember watching the concert and remember getting rather tipsy.”

A few days later, he received a “change of name deed” in his mailbox.

“I walked in from work and there was a big white envelope with ‘do not bend’ written across it. I nearly passed out in my kitchen when I opened it,” Dodd told Birmingham Live. “My initial concern was how on earth do I tell the HR department at work that I need to change my email footer!? Now I’m thinking it could be a great way to get backstage.”


Moreover, he said, “I’m just praying I don’t get pulled over by the police for anything—that could get awkward!” Dodd revealed further that he annoyingly paid for eight extra certificates to prove his name change and they cost £10 each!

Well, as the old saying goes, “In vino veritas” or “In wine, there is truth” which suggests that “a person under the influence of alcohol is more likely to speak their hidden thoughts and desires.”

Anyway, Dodd said his mother was less than amused at first but he explained that “it could be worse and it could’ve been Boris Johnson–we’re just lucky he doesn’t have any live concerts.” He added, “She’s laughing about it now. I told my sister and she choked on her sandwich. They seem to be seeing the funny side.”

Dodd said he’s not rushing to change his name back but he assured Céline Dion fans that the name change didn’t mean he inherited her voice or bank balance. And yep, he did try singing a Céline Dion song in the shower to check if the incident changed his voice to hers as well. “If this gets to Celine someone best make sure I have a defibrillator next to me,” Dodd said in jest.

You can read the interview in full here. Meanwhile, we have gathered some of the netizens’ reactions on Twitter, check it out below:

OMG this gave me a much needed laugh!!! 🤣


Happy new year, Mr Celine Dion! This is the greatest! 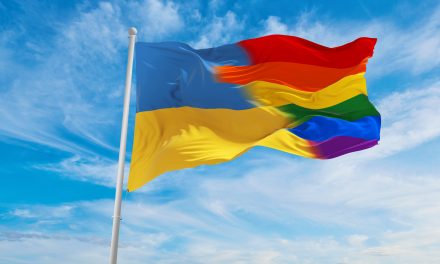 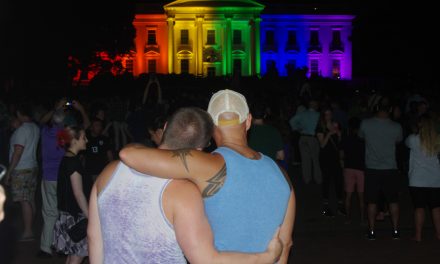 Let’s see if he receives a Happy New Year card from the Celine Dion Business Empire about copyright infringement and trademarks. The name isn’t common like Jane Doe and he has gone and posted on social media that he’s a big fan. Those in charge of protecting her copyrights and trademarks may not think this is quite so funny. Hopefully he will receive and abide by a simple request to “make it go away.”

4
Reply
Andrew
Reply to  Overt d'Esprit

I dunno. Her “handlers” and lawyers might care, but Celine Dion, herself? Naw. I think she would embrace it, see it for what it is, and move on. I don’t know her, but I had a boy who was smitten with her and we saw several of her concerts. She doesn’t come off as vindictive, mean, or petty. See her SNL visit when one of the cast members mocked her. She enjoyed it with everyone else.

Someone wants his fifteen minutes.

I could see…”Genghis Khan,” or “Ivan The Terrible,” or “Caesar,” or “Grand Poopah,” or “Thutmose III,” or even “Nefertiti,” or Nefertari.”

At least, the name would carry some recognition and historical significance! It only goes to prove how society, en masse, has forgotten the famous or infamous but, instead, remembers the insignifiants.

“Stupid Is As Stupid Does” a quote from Forrest Gump whom most thought was dumb but, instead, found out he was quite, simplicity brilliant.

Who in their right mind would allow a drunk individual to do this asinine stunt in the first place? They should be removed from their position.

I’m obsessed with her too. I can see myself taking on her last name, but not her FULL name. That’s just creepy.

Also, something is wrong with England if you can just hop online and legally change your name for 89 England bucks…