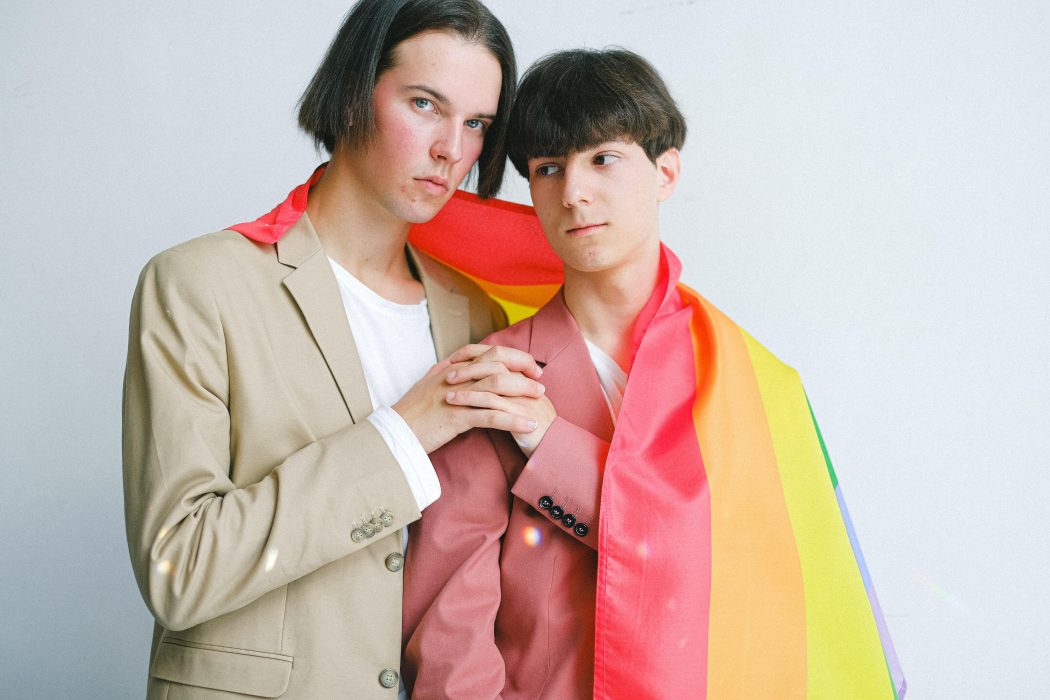 (Photo by Anna Shvets from Pexels)

We’ve already heard this story many times before: how a gay man fell in love with their straight best friend.

Or maybe you find “love” a strong word choice especially when the two guys haven’t known each other that long yet. So what about the word “like?”

What if this straight guy, who you met through a dinner hosted by a common friend, is attracted to you and you’re attracted to him as well. Soon you guys became close friends but then this relationship quickly shifted to something closer: you became FWB thanks to one drunken night where one thing led to another.

Such is the story of this straight guy who confessed on askgaybros on Reddit.

He is a 28-year-old man who identified as straight and that about three months ago, he started sleeping with his 30-year-old gay friend who he met a few months back. The original poster (OP) of the thread described his FWB as “openly gay and is also really good looking. Long black hair, tattoos, very fit, around 6 feet.”

Further, the man explained that he is aware that he is not straight. He clarified that he only said he’s straight because it was how he identified up until he met his gay friend. He added, “I’m not comfortable with that label or really any labels.”

And now, the man is faced with a dilemma, because he “quite like him and want to date but I don’t know my sexuality or if he likes me back.”

Since then I’ve been thinking about my sexuality and I don’t quite understand it. I don’t want to say it’s just him because it mightn’t be, but I don’t feel comfortable with bi or pan labels. I do want to date him but I know he would be hesitant, he has dated closeted men before and I don’t know if he even likes me that way. I don’t consider myself closeted because I don’t know what’s going on with me, but I’m not ashamed of him or anything like that.

For their part, most Redditors encouraged the OP of the thread to “Ask him out, and then don’t deny you’re dating.” Said respondent shared that he likes to “think that there’s always that one person that makes you kind of say ‘fuck labels’ and he might be your one guy. If you have to describe yourself, ‘mostly straight’ might work.” He added, “Good luck.”

Another gay man advised, “I think I will ask him out. What is the worst that can happen?” While another guy told him, “Only ask him out if you’re willing to be with him openly. He deserves that.”

If you were the gay friend guys, will you date a once straight man? Perhaps this has already happened to you? In which case, what’s your story?

And lastly, what would you advise them to do—both the straight man and the gay man? Share with us your thoughts in the comments section below! 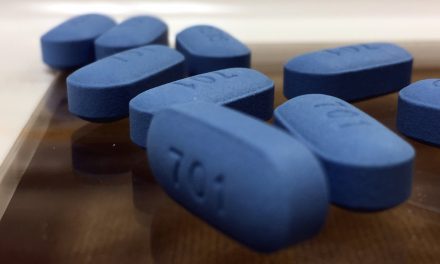 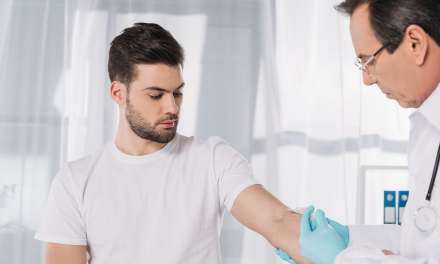 Health: Get Tested This Summer! 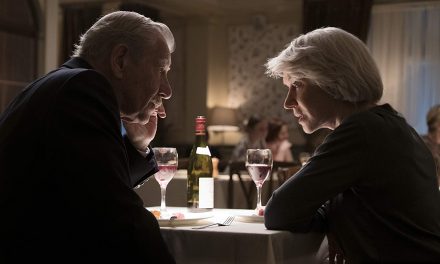 To be perfectly honest…

both of them look as gay as any gay I have ever met.

Neither look straight so who is straight and who is gay? Looking at either and both, neither do justice to society’s perception and demarcation of a straight male.

One looks just as effiminate as the other…neither resemble masculinity…in either shape or form?

This is not a quizz “who in the picture above looks straight or gay? “

I was commenting on the “implausibility” of the photo…not necessarily of the words. The photo does not support the plausibility of a “Straight Male” falling for a “Gay Male.”

There is no dismissal to what I wrote…just an observation of what I saw and what I read…and each and both…do not add up to supporting scenerio.

The picture is a stock picture. Not of the actual guys.

That did cross my mind, but as such, why is it associated with the text? The stock pic has no relevance to the blog’s storyline..?

I thank you for the carification!

. . . Ok, Kasper, to your point though: Maybe, the hetero man here, and they gay man have experienced a kind of “melding” you know like many couples gay or hetero do; like people and their pets, some tend to start resembling each other after some time. . . Point # 2, how about blk people dawning characteristics of Caucasians (homogenization, of course) . . . and obviously the other way around (street-cred) that’s what the movie “Get-out” was/is about, what say you now or anyone? There are more white people imitating black people in more ways than one.… Read more »

if he sleeps with his gay friend, then he’s not straight

I had straight guys who crushed on me before, but it never went anywhere. I had another straight guy who got buzzed and asked for something once, never again, but we stayed close. But I had one straight guy I helped through a rough time, and we got really close. He started flirting sexually eventually, even talking about getting together. He even told a few people he had a lover. But after that cost him a job, he still talked to me about it, and I think he meant it, but he finally moved in with a girl none of… Read more »

My BFF is str8, but I suspect he is infatuated with me (as much as I am with him). The issue I suspect is that he doesn’t know how to have sex with a man and I am too fearful to initiate. Kinda pathetic. Ugh.

We have gotten to the point where words have literally lost their meaning, and people can call themselves whatever they want. “I am straight but am attracted to a man”. Ummm… no, you aren’t straight then.

A guy who admits he’s not straight likes a gay guy? Where’s the story? The real story is he now is pressuring himself to decide what his sexuality is. Wasn’t it just a short time ago that teens fought depression because they had to hide being gay? Now, everyone must choose from the alphabet soup of sexual labels? It a great time to choose Psychiatry as a profession.

I once knew some straight guys about 10yrs my senior; two dynamics goin’ on simultaneously though. We lived in an old mansion that was converted into a boarding house, somewhat luxurious actually, cleaning service and all. We were partying types, pot heads, lol, well, I’m sitting there with my feet on the coffee table, my hetero roomies best friend was there like many times after we get home from our jobs. This man decides to crowd me on the sofa pressing himself against me, my roomie say, “don’t you just really like him more than you’re supposed to?” I just… Read more »

I regard these kinds of stories as so much mind-fuckery. One minute we “hate labels” and the next we’re creating yet another one. Society (the “gay”/LGBT…LMNOP community in particular) needs to stop over thinking this shit. Love who you want to love, fuck who you want to fuck and keep it moving, for cryin’ out loud.

Straight guy is a bi guy.

If they LIKE one another, care deeply enough for one another to date openly, then who the hell cares about labels? If the sex is better than with any woman, even better! (I mean, it isn’t like either is gonna get pregnant, but, why stop trying?) If he insists on putting a label on himself, don’t say “I’m gay/bi/straight,” say “I’m in love.” That’s all that it needs to be.

As a “Heteroflexible”/Bi guy, I get it. There can be a LOT of confusion when you first realize that you may want more than females. There can be times that you are completely turned off by the thought of being sexual with another male and there can be times when cock is all you think about for a while. It can be very unnerving and confusing. I wrote a long journal entry on Fetlife about just that and titled it “Am I really “BI” or some freakish Bi-Mutant?” and found from some responses that I was not alone. So, I… Read more »

I am a straight married man that loves to suck cock. My wife has a few gay friends that i would like to get with .my problem with it is they can’t keep their mouth shut about who they are with .so i just go for random guys on here

I’ve been fully bi for years and denied it for many years before that. I finally became comfortable with it once I talked about it openly to a friend who was accepting and unknowingly was bi as well. Maybe this guy is “straight” like I was. I understand the internal chaos this can present. It’s only once the person accepts themselves for what they are that they can truly move on with making a dating decision. I’ve recently openly dated a gay man for the first time. I enjoyed it for the most part but it didn’t last. I’m still… Read more »

This British researcher makes a lot of sense. Women’s attitude toward sex is inextricably linked to their primary role in the procreation process (in spite of any of the nonsense invented by the women’s movement over the past 50-some years). They are evaluating men as a mate, fundamentally, biologically. Men on the other hand generally just like sex, and that can come in two forms: just getting off, and getting off in a love relationship. Men generally don’t have much problem intuitively and perhaps even unconsciously dealing with this dichotomy; women do. This realization does shed a lot of light… Read more »