Nice AF: The Campaign For Keeping it Nice Online

For those of us who use gay dating apps, swiping through chats and profiles is always an unexpected adventure. Sometimes we get lucky, but even when it’s not a match, how we treat each other still matters.

Based on the experiences of dating app users from around the world, the NiceAF campaign explores real life scenarios of ways we can all treat each other better online. App users submitted video testimonials discussing a negative dating app interaction and how they turned the situation around to keep it nice as f*ck.

“Many minority men find themselves either objectified and stereotyped. Where’s the community? Where’s the respect?” said Adam4Adam’s mr Dave. “Adam4Adam is for everybody.”

Adam4Adam along with six other gay dating platforms collaborated with Building Healthy Online Communities (BHOC), a partnership of public health leaders and dating app owners, to develop the NiceAF campaign — a first-ever cross-industry campaign of this kind.

During the month of June, the app partners invited their users to vote for the NiceAF videos that best embodied NiceAF’s mission of promoting nicer, kinder interactions between users. The contest generated nearly 105,000 website views and over 3,000 votes.

“I find that the rudeness and sexual discrimination are mere extensions of cyber bullying,” commented one NiceAF viewer. “Admittedly, I have blasted someone after being rejected, but try very hard to keep those feelings in check.”

“It’s about consideration that people are vulnerable and have feelings, even if you can’t see their reactions through the phone screens,” commented another viewer.

On social media, in news websites, and in nearly every comments section on the internet, people often say things they would never say to each other in person. The anonymity, and the fact that they may never meet, makes it easy for people to leave their real-world manners behind once they go online.

The problem is the insults can often have profound, lasting effects. This kind of behavior is too common in dating sites, when people are often at their most vulnerable. Among gay men, these same dynamics can have an even stronger impact.

John Pachankis, a Yale psychiatrist who has done extensive research on gay men’s mental health, says “The data are clear. When gay men experience stigma coming from other members of their own community, it can have even worse effects than when it comes from the outside.”

“Racism and other kinds of bigotry and stigma have no place in our society, whether it’s on the streets or online,” said Jen Hecht, director of BHOC and the NiceAF campaign. “As a queer community we’ve made giant strides in addressing the way the outside world treats us. Now, we have a great opportunity to change how we treat each other.”

The dating app community is only as nice as the person you’re chatting with and Adam4Adam supports kinder behavior by creating space that’s welcoming for all. What ways do you keep your interactions on A4A NiceAF?

The contest just wrapped up, and based on the number of votes, overall rating, and total video views, the NiceAF grand-prize winner and two runners-up received cash prizes. Watch the winning videos by visiting NiceAF.org. 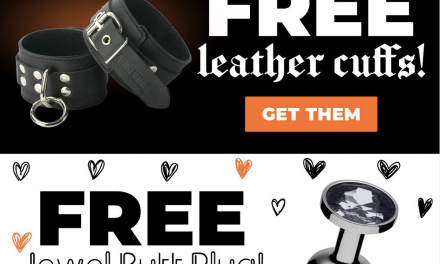 Enjoy Love Month with These Free Gifts from A4A Store! 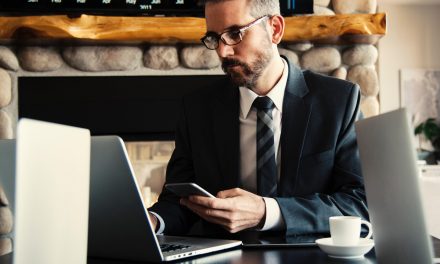 Survey: We Want to Hear From You, Adam4Adam Users!

The same people asking everyone to be “nice AF” are the first ones to scream at someone they are a misogynistic self hating homophobic racist if you don’t respond to them or show interest. Social media in general is toxic and could use some understanding, but lets not kid anyone here.

All too often, the very same people.who demand to be free to express whoever they are are the exact people who freely put down people who do not think or behave exactly as they do. “What planet did you come from?” or “what cave did you crawl out of?” or “why don’t you just go away” are opening phrases when they move to squelch others’ opinions.

And they will then be in the front of the line to demand that “everyone (else) be “nice.”

I would rather be outright rejected, than used. The gay male community is the worst.

You took the words right out of my mouth with that truth!

Why can’t you just let people alone and let them make their mistakes and judgements on their own? You’re never going to have some utopian experience, on-line or in the real world. They tried that in Portland, OR recently and we all saw how that turned out. It’s hard to believe you even posted this nonsense when A4A has a ton of profiles demanding a specific race, Leave us alone and let us fuck who we want to fuck.

I’m personally “nice as fuck” but I don’t take any crap from anyone. I noticed in real life and on adult chat sites, people tend to be rude and abrasive sometimes. I always come back at them just as rude and abrasive. They get the message and either don’t respond back or come back at me respectfully. Works everytime and has started friendships for life for me. People will try you. I demand to be treated with respect.

Grindr is supposedly a sponsor of this initiative but I’ve seen NO mention of it on my Grindr screen. Keep those paid ads coming though.

I’m as direct as a bullet fired at you, as off-putting as it is for some, because of the realities of the world, it cuts through the confusion and lies, etc. Of course many don’t even bother to read profiles. I’ve spoken with wht-bttms with some real horror stories concerning other wht-bttms with sexual desires for “blk-dick,” an actual statement, “they called them niggers, for rebuffing them.” I would ‘never’ make that kind of reference ‘wht-dck’ its so low/cheap… we’re talking about people! No respect at all, just using and abusing each other physically (infecting each other) psychological fall-out, now… Read more »

Be nice when so many dating bios are fronts for men trying tro scam you from all the usual foreign ports while saying they are peaches and cream just next door .