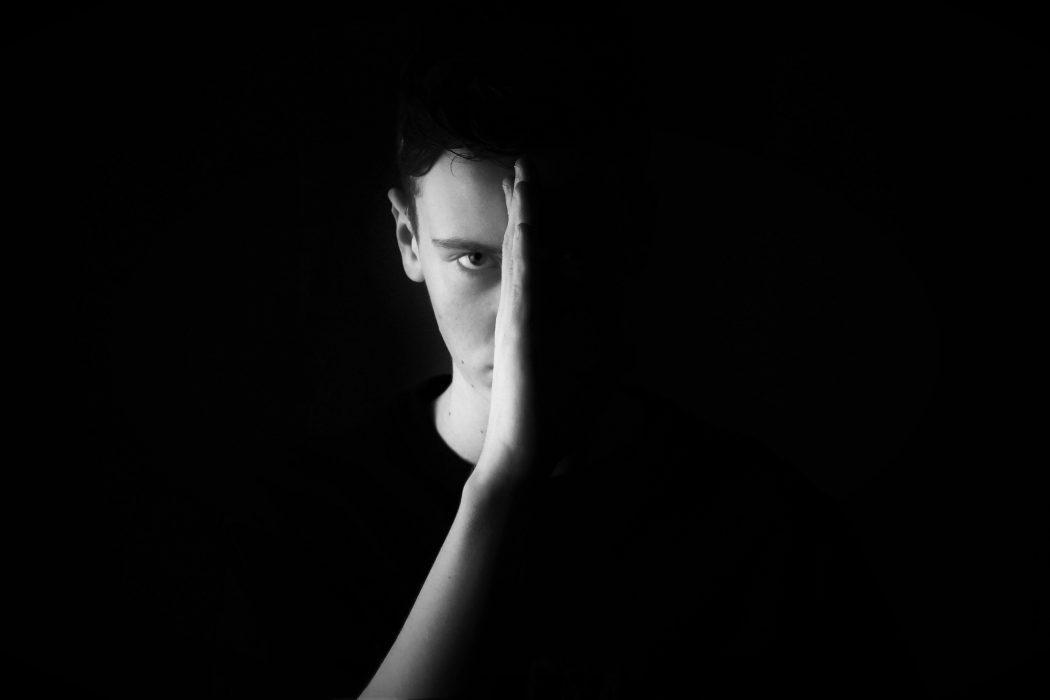 I’m bringing this up because whenever I post a photo of a “manly man” with beard on Facebook, there are guys who would say things like, “Now, that’s a real man.” Does this mean that the other guys that I post—the ones who are more slender or with no facial hair, are not “real men?”

Personally, I think we need to analyze what we want to say or write first before we actually say/post it. A slender young man without facial hair might suffer from an inferiority complex by the fact that he is not considered as a real man by others…it can be hurtful, not being able to measure up to another’s “standards.”

But is he really less of a man just because of some superficial characteristics? The definition of a man tells us otherwise though. According to Wikipedia, “A man is an adult male human. Prior to adulthood, a male human is referred to as a boy. Like most other male mammals, a man’s genome typically inherits an X chromosome from his mother and a Y chromosome from his father. The male fetus generally produces larger amounts of androgens and smaller amounts of estrogens than a female fetus. This difference in the relative amounts of these sex steroids is largely responsible for the physiological differences that distinguish men from women. During puberty, hormones which stimulate androgen production result in the development of secondary sexual characteristics, thus exhibiting greater differences between the sexes. However, there are exceptions to the above for some transgender and intersex men.”

I don’t see anywhere that mentions that a man has to be beefy, macho or have to sport a beard, or sporty clothes or like the color blue.

As sexual minorities (gays, bisexuals), and as human beings in general, I think we need to be more vigilant and watchful about what we say, because I think we are part of the monster that we create. The superficial “perfect gay man” is seen as someone with perfect teeth, perfect beard and chest, but what about the rest, the other 90% of the guys? If we all want to be loved and respected, we should all embrace differences and celebrate them. Of course we all have tastes but there is no need to diminish someone or make them feel less of a man just because he is different from what YOU like.

I think it’s about time that the Adam4Adam community set a good example to others, to be mindful of what we say and to stop saying such hurtful words. Do you agree? Share with us your thoughts and stories in the comments section below. And to all our fem boys, slender guys, smooth faced guys, know that you are loved and free to be who you are. Don’t compare yourself with others, you are worthy as you are, and don’t let fuckers tell you otherwise! 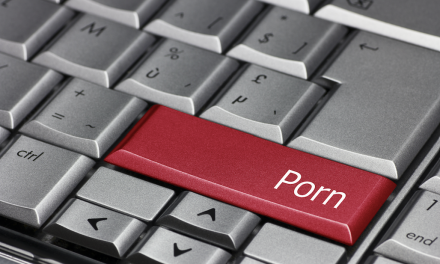 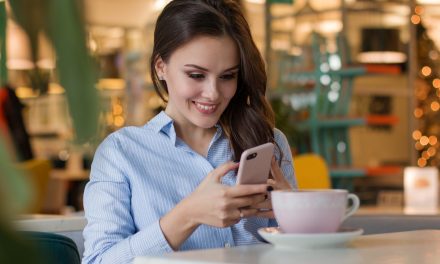 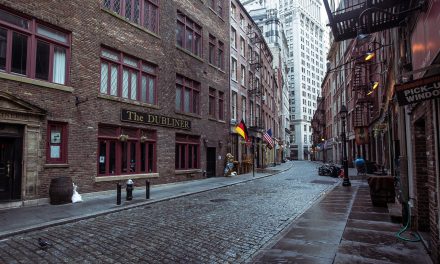 Speak Out: How Has The Coronavirus Pandemic Changed You? 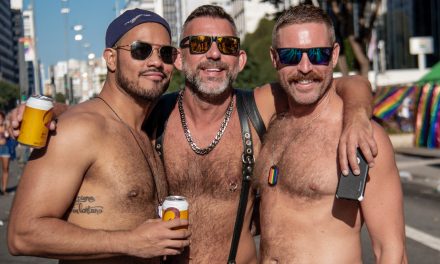 Dave:   What is being disseminated about “What Is A Real Man” is not genetics;   genetics determine the physiology of the species.   Instead, it is the “Cultural” perceptions and their embodiment. Every culture has a definition of what constitutes a male and a female; however, what is the most desirous example of a real male and a real female is open to cultural interpretations.   On Adam4Adam, these perceptions constitute the wrappings of the male and his manifestations…muscle mass; chiseler facial features; broad shoulders; developed chest; slender, tight waist; defined thighs, calves, aggression, depth of the voice and… Read more »

I think someone who thinks that way is too sensitive to what others think of him. The only opinion that should matter is your own. We can’t dwell on the superficial. Just be the best “you” possible.

We are not Mr. Spock! We are not 100% logical and so, we do illogical things. I imagine if you will…if we were all as logical as Mr. Spock, we would not be wearing designer underwear or dependent on sexual toys!

I actually blame a lot of stuff like this on porn. Setting unrealistic standards and expectations. We objectify each other in trying to fulfill some ridiculous fantasy. Even though there are lots of subcatagories, look at which videos get looked at the most. The most rugged guys with the hottest bodies doing the “hottest things”, and if you do these too or look this way then you can have guys like this. Theres no compromise, no middle ground. I think a “real man” is someone who can be vunerable, himself, respectable, a leader and a provider. Authentic and genuine. With… Read more »

To counter your comments on hairless guy not feeling manly………the other side of the coin are men who are bearded and hairy; (and not shaving everything as is the trend these days to look prepubescent)….practically thought of as bestial for having fur……..So….think ‘manly’ must be in the eye of the beholder

Well for me i don’t look at the outside characteristics of a male that causes me to think, now that’s a real Man, i look at who he is in general, that is if i know him personally. A picture alone only gives one an allusion of what a Man is. One minute he’s a burly guy with a hairy chest, and beard, next he could be strong and muscular, other times he’s the swash buckling hero. Or he’s a mysterious bark and brooding type. We also have our more feminine, and the average looking guy who should be counted… Read more »

Blah, BlaH, BLAH – Here we go, with every one choosing the sliver of masculinity that rings true for them. I’m sure it is the same for me. I think back to my childhood, my father with his shirt off, working on cars or chopping firewood … he had a V cut body and rippling muscles. a deep rich voice. After he retired from the military, he became a fire fighter and that with curly dark hair and hard masculine torso, HE was a man to me. It wasn’t until much later, I would find out that many did not… Read more »

You know what, everything or everybody cannot be judged by how they look; might have chiseled this and a rippled that with a bulge, doesn’t mean he is all that masculine/real man. I’ve seen some real swishers in my time thus far, with nasal-voices and all, false advertising.   With these types, they’ve learned what everyone wants as well as themselves-what they want.   What they’ve done is achieve the look, “look like what you want to attract”, i.e., like if you want to attract successful people then you yourself must look the part, same thing. When I see within… Read more »

I love the sparking of intellectual discourse Dave post’s bring to our community! YAAAAAAS!

is it a compliment? Not sure if you are being serious…

It is next to impossible to read sarcasm in a typed message. I wish people would realize that, so their point is clearly stated. (No sarcasm here. Just my opinion).

“Real man”. An out of date term that now only means a male who fits the decades old, classic male mold when it comes to rugged build, voice, looks and overall “masculine” behavior. With behavior being in sync with the times socially. Physical, social,and behavioral attributes, really. When that term was used, men would never do domestic chores, be a nurse, be an airline cabin attendant, style womens’ hair, etc.Men, gay and straight and whatever, have evolved over the past few decades. The term now, is generally useless save for describing a small segment of men who by virtue of… Read more »

We are who we are. I look at men as men no matter what they look like. If they’re 18 or older, then they are men. As far as differences, we have a option to associate with the men of our choice. I think on this blog, guys that respond to various subjects are pretty much cordial. I don’t see cursing or name-calling. We disagree alot and that makes things very interesting and also disagreeing can lead to learning and also help us understand another man’s viewpoint. I don’t want to get into politics and race, but I’m apalled at… Read more »

Accept the consequences of one’s actions. Never play the victim in order to get attention from the twitter mob. And to grow the f**k up and get of the basement and work instead of collecting inflated unemployment checks. Feeding the protest frenzy instead of working and taking care of responsibilities is for juvenile delinquents, not men.

Displaying secondary sex characteristics is one thing, but being a ‘real man’ is something else entirely. ‘Man’ is a relational term. Anyone born with XY chromosomes can be classified as an adult male if he reaches maturity. But to be a real man, you have to prove it. And you have to convince others of it, too. You may be self-satisfied that you are a man, but if the rest of the community is not convinced, your one-person self-esteem party does not mean much. Real men are not just born. They don’t simply exist. Even with muscles, a man has… Read more »

A man is not his externals; these are appearances and appearances can be deceiving. A man puts the toilet seat down after finishing. He washes the dishes. He’s kind to people, strangers, even those he doesn’t like. A man does the dirty work that must be done, and praises those that apply genuine effort. A man may or may not have hair or even a penis.   A man doesn’t play the victim, and keeps in control of his boundaries. A man doesn’t take advantage, although opportunism can be tolerated now and then. A man doesn’t care if another person… Read more »

Yes, the comments that are impolite, racist, or simply against our rules.

Dave, do you not realize that in the first few sentences of your essay that you describe a “manly man” as one with a beard? All of your descriptions exhibit the exact same bias that you think you are trying to combat!!! Men are not all either muscular, bearded, deep voiced, flannel & denim wearing, etc OR thin, high voiced, chiffon wearing, etc!!! And what one looks like physically DOES NOT DETERMINE WHICH ROLE THEY PREFER DURING SEX!!! I have found that often the biggest, ax murderer looking guy in a bar or club, will take me home and be… Read more »

Dan, that’s not my description of “manly” that’s how most gays call a manly man, someone with a beard and strong stature.