Pride: Obama And His Evolving Stand On Equality For All 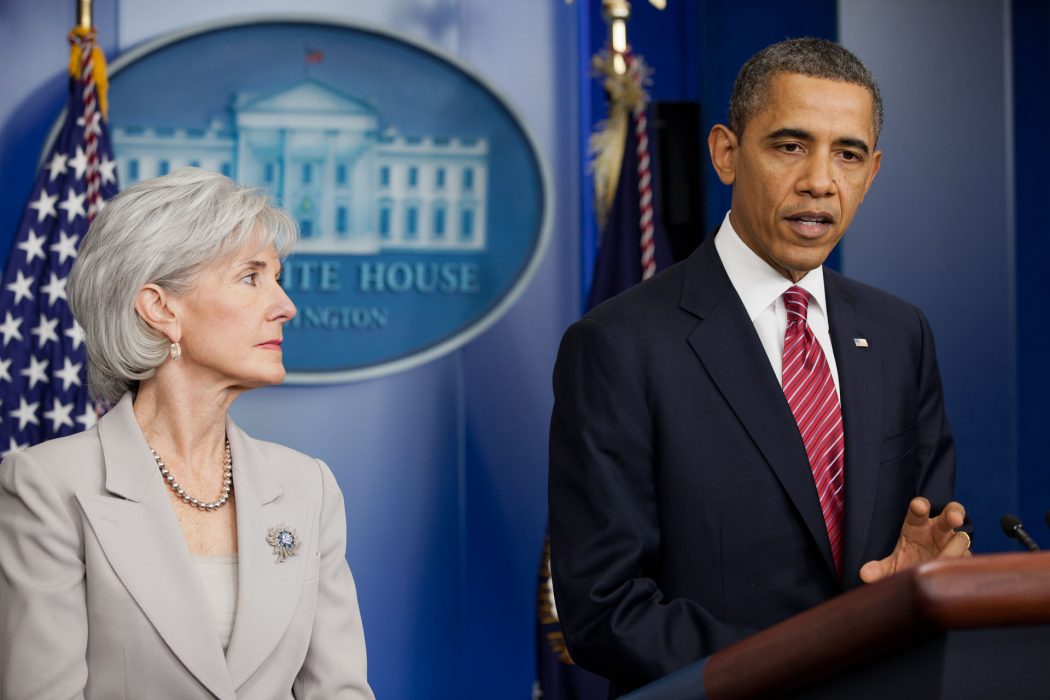 As protests continue to rage across the United States, former President Barack Obama came out with a televised speech a few days ago to energize supporters, protestors, and young people fighting for racial equality.

The Guardian reports that Obama made the remarks as part of “Reimagining Policing in the Wake of Continued Police Violence,” an event staged by the Obama Foundation’s My Brother’s Keep alliance.

Parts of Obama’s speech were specifically meant for young people of color, who he reassured had lives and dreams that mattered.

“When I go home and I look at the faces of my daughters, Sasha and Malia, and I look at my nephews and nieces, I see limitless potential that deserves to flourish and thrive,” he said.

Obama called on young people to hold on to hope even as they felt anger in the midst of everything happening in the world right now as he believes that they have the power to “make the entire country feel as if this is something that’s gotta change.”

Hope and change are certainly two words that LGBTQ rights activists have also held on to during the long fight they waged for marriage equality. And throughout his political career, Obama’s stand on LGBTQ quality has continued to evolve. As part of our series on uplifting African-American figures during the first week of Pride, here is a timeline of how Obama’s view on LGBTQ rights has changed over the years.

The earliest instance of Obama showing support for LGBTQ rights was back in 1996 when he was running for the Illinois state Senate. In a campaign questionnaire, Obama said he not only supported domestic partnerships but was also in favor of changing the Human Rights Act to include sexual orientation. The Human Rights Act is the state of Illinois’s civil rights law.

However, Obama changed his tune during his reelection run in 1998, saying in another questionnaire that he was no undecided on same-sex marriage.

By the time 2004 came around, he reiterated his 1996 supporting civil unions and civil rights for the LGBTQ community but also remarked that marriage “is between a man and a woman.” That said, he did oppose Bill Clinton’s Defense of Marriage Act (DOMA), which allows states to refuse to recognize same-sex marriages legally established in other states.

In much the same way protestors today are trying to have their voices heard, a lesbian supporter of Obama was able to contact Obama in 2006 and told him how his opposition to same-sex marriage sent out a message to LGBTQ people that they were “bad people.” Obama says that the encounter made him realize that his “unwillingness to support gay marriage is misguided … that Jesus’ call to love one another might demand a different conclusion.”

By the time the Democratic primaries rolled around in 2007, Obama expressed support for “strong civil unions” that offer the same rights as same-sex marriage. Once he clinched the nomination in 2008, he said that he would repeal both the Defense of Marriage Act and Don’t Ask, Don’t Tell (DADT). Don’t Ask, Don’t Tell barred LGBTQ people from serving in the United States military.

To his credit, once elected into the presidency, Obama moved quickly to uphold his promises to the LGBTQ community. In 2009, he signed the Matthew Shepard and James Byrd Jr. Hate Crimes Act. In 2010, he repealed Don’t Ask, Don’t Tell and he instructed the Justice Department to stop defending the constitutionality of DOMA in 2011.

Finally, after close to two decades in the political scene, Obama expressed his support for marriage equality in 2012, becoming the first American president to do so.

As Obama’s long evolution on marriage equality shows, change doesn’t come in a day, and affecting it requires raising our voices to be heard, just like that lesbian supporter did back in 2006. As our African-American brothers and sisters fight for the rights, the right and moral thing to do would be to support them in their fight as well, especially since much of what we know today as LGBTQ activism stemmed in part from the actions of an African-American drag queen, Marsha P Johnson.

Those interested in learning more about the Black Lives Movement and want to help out in any way they can check out this link here.

Let us be honest. All politicians do whatever is necessary to gain, maintain, and grow their power. Evolution is just a code word for remaining relevant and viable for his own purposes.

“To summarise: it is a well known fact that those people who most want to rule people are, ipso facto, those least suited to do it. To summarise the summary: anyone who is capable of getting themselves made President should on no account be allowed to do the job.” Douglas Adams – Restaurant at the End of the Universe

Somebodies got to do it, “if I don’t do it somebody else will.”

As an African American I fully understand what it’s like to fight discrimination. President Obama did so much during his presidency to ensure fairness for all. He set the tone for gay marriages by seriously recognizing same-sex partnership/relationship first. He finally took a stand after careful consideration..With all the turmoil going on now with the Floyd death and police related tension, it’s awesome A4A recognized one of the greatest men on earth. When President Obama got elected in 2008, it was one of the happiest days of my life!!!

I agree. If Obama had been president today with all this stuff going on, the racial tension, and the virus situation, I think things would have been a lot better.

No doubt, you cannot go wrong with a humanitarian, period, regardless of weather black-white or whatever, but humanitarian, firstly. This country, just is not what it use to be and solely because of race and class, it’s a country that is clearly losing it’s soul, to hang-on to this superiority bullshit, it’s a country falling more & more heavily on it’s own sword.

He played politics he didn’t evolve.. Look at his clear no in 2008 to Gay marriage.. Also he had several cops on black mens death during his tenure with plenty of protesting rioting and looting and he did nothing about it.. Aside from Obamacare which helped many but also hurt many what did he accomplish and especially how did he help the black community?

There are numerous factual discrepancies in this piece of propaganda… one of which is the nature of Don’t Ask, Don’t Tell. Homosexuals were barred from the US military by an executive order issued by Harry Truman in 1948. The military were given full ability to interrogate and harrass any servicemember regarding sexual orientation, following a scandal in the Pentagon, concerning openly homosexual officers who had been compromised by Soviet agents using the stigma as blackmail material. Years later, DADT was a policy which *prohibited* such invasions of privacy, but also required homosexual servicemembers to keep silent about their sexual orientation.… Read more »

Careful, the truth offends many.

Obama will say whatever itching ears want to hear to get votes. Our economy was the pits under his leadership and blacks suffered a lot under his leadership. He is all about himself. There was no pandemic and he had no excuse for his slow economy.
.

Obama could have been the most historic President to advance civil rights in history, but unfortunately he was a great talker but not a great doer. Remember, Black Lives Matter and racial tensions were super high at the end of his presidency. He didn’t close the divide, he helped to widen it more which was a shame. People who like to exclusively blame President Trump have a poor memory.

How did he help widen it, other than being in the white house as president, how did he promote racism/hate, how?

Obama and Hillary didn’t change their minds on Gay Marriage til it was evident the Supreme Court was gonna make it legal.. See their answers on should gay marriage be legal when they were running in 2008. They didn’t evolve they played politics..