Speak Out: Share Your Most Romantic Experience With Us!

Hooking up is now a big part of dating culture whether you’re queer or straight. But that doesn’t mean that romance can’t be found or experienced out there.

The subreddit r/askgaybros even recently had a post compiling the most romantic things its members have experienced, and the experience shared are all varying degrees of heartwarming. It certainly gives any hopeless romantics out there some hope that romance isn’t dead and that small acts of sweetness are still being performed.

Take, for instance, the response from user u/ShananayRodriguez. After hooking up with a guy a few months ago, the two of them happened to see each other again, first at a Target and then at a home goods store. The two of them finally when out on a date.

“I’ve never felt so excited just being around one guy. We went to an art museum and there was so much furtive glancing at each other, touching the small of each others’ backs, and we kept complimenting each other. When he kissed me goodbye it literally took my breath away. It was so nice to have a moment of romance in my mid 30s,” he shares.

User u/YukiZel shares a sweet TV-watching experience he had with his boyfriend, saying: “[We] were sitting on the couch snuggling under a blanket while his friends were over. We were watching a horror movie and he pretended to be scared and grabbed my hand. While doing so, he slipped his promise ring onto my hand. I was so flustered I think I short circuited.”

Even regular Reddit denizens even get to find love, as user u/Normacont recounts.

Peppered throughout the post are other small gestures as well, such as what user u/Southern-bro and his boyfriend do.

“When my bf and I are at a crowded event or party and he is on the other side of the room, he always winks at me,” he says.

We’d like to hear from you Adam4Adam blog readers. What’s the most romantic thing you’ve ever experienced? Even better, have you gone on romantic dates thanks to Adam4Adam? Share your experiences with us in the comments section below! 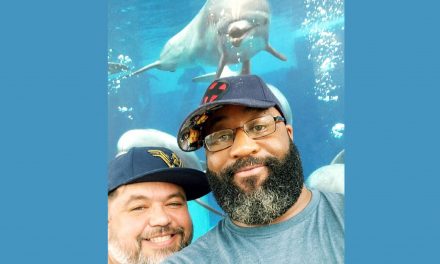 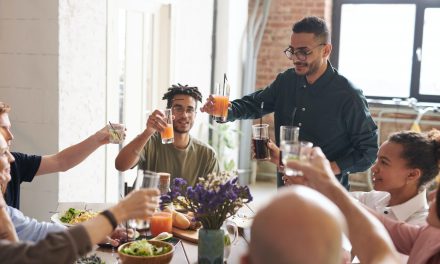 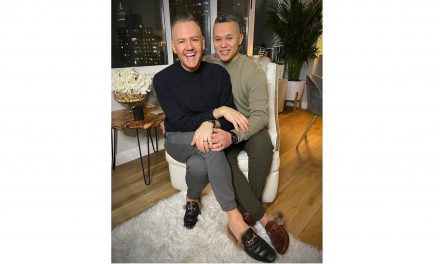 “In today’s episode of Vicarious Romance …”

romance? is that even a word?
50 and I have no idea…probably never will

Romance requires an education, imagination, fantasy, an exposure to Literature and spontaneity.

The “Younger Generation” is encouraged to deal with only the facts and see what is black & white…not the grey which requires thought and imagination which the proliferation of computers, cell phones, tablets and an emphasis on homogenization stumps and nullifies.

Therefore, you comment, as unfortunate as it reads, is quite indicative of your generation and the generations later. Exactness, at the expense, of reality…renders the mind devoid of any perception of Romance; it comes down to sex and a grunt.

Again, you get it, and a thumbs-up!

wanna experience it with me?

thats just sad. im a born romantic and been romancing my men since age 5 so………….get rid of that type crap and stop hooking up and you can find romance very easily. it only comes to GOOD people not superficial or racist folks

My first movie was Noahs ARC :jumping tbe broom… Was a big fan of the show and now the movie. Learned to love gay black cinema because of it…. Nas and maliik, PUNKS,Kal and tariq, the ski trip, moonlight, the skinny., leave it on the floor…just to name a few…

I met a guy on A4A about 4 years ago. We hit it off immediately. We had so much in common. We decided to meet to the college where he taught for sex. We made out in the hospitality house hotel on campus. After 2 hours of great kissing, sucking and fucking, we laid on the bed in each others arms chatting. We found out we are cousins. I’m 10 years older than him and we honestly didn’t know one another beforehand. We had sex 4 or 5 more times after that over about a span of about a year.… Read more »

“We decided to meet to the college where he taught for sex”, I apologize but this is confusing. Did you friend actually hold a position (stop it) at the college or was he a gigolo, or just a whore? And seriously sex with your cousin??

Sex with your cousin…. They learned it later in the process as I read it. As I age, I find that who you have sex with is a matter of attraction, lust and the myriad of emotions that get involved in the pursuit and culmination of the experience. It wasn’t me involved so I don’t pass judgment. If they were both good with it and were less lonely and/or alone as a result of the experience and the ensuing satisfaction of connecting with another human being, I am happy for their sharing of what is reported as a favorable experience.

No one on this site should ever judge another person. We have no right. He taught a class at the college. We are probably 4th or 5th cousins. It was new, hot and exciting at first and like I said it eventually fizzled out.

Sorry, but being a Southerner I tire of the stereotype “sex with cousins” bullshit, it doesn’t matter if they were 50th cousins twice removed, it’s still family. And again my initial point that the “teacher” who “taught for sex” is not exactly clear and THAT was the main point of my comment.

So what if you had gay sex with your cousin. It’s not like your going to father a child. Even so, I don’t think it really matters that much. I say if it feels good, and you enjoy each other, well go for it. Also I hate stereotypes. Some stereotypes are like “it’s assumed that you only have sex within your own race, or you should stay within your own age group, or that all black men have big cocks, or you can’t trust a person of another color or race, etc. etc. All those are untrue. I have the… Read more »

That’s an odd question. I log in and all I see is a grid of dicks and holes. Ah, Romance.

Very true. And supported (at least at the time of this post) by the survey in the post following this one) that “romance” when it comes to gay guys is not what they seek. Posts on A4A support that while there is a small number of gay guys looking for their Prince of Monogamy (which is a great thing!), the giant majority of them seek either Friends with Benefits who are about matched by those who just want a hookup. Romance is a notion that just isn’t widely sought by gay guys in 2020; it’s pushed by those who promote… Read more »

no no no to all of that nonsense. fun = great music. fun = great book. sex is just that: SEX. get a soul and a heart. ugh!

On, Dec of 12′ met and chatted on here, he was visiting his mother who lives here in Soflo, younger than myself, but very mature, just lots fooling-around touching, of course we got-off, lol… safely, romantically. We ‘still’ hang-out/chill-party when he’s here, we’re good friends.

amazing! Good luck to you guys, I hope it will become something serious!

Lol, I wish, thanks!

Mine happened while I was on a business trip. After a long day I found a small gay bar to have a few cold beers and (hopefully) talk with a couple hot guys. I took my place at the corner of the bar and was happy that they served their drafts in frosted mugs. It became obvious that this bar was a place for the locals and business travelers might not be welcome. The bar tender was chatty so I decided to stay. After all, the beer was really cold. As we were talking, I noticed this handsome guy at… Read more »

I met this man, Brian while working, we hit it off immediately. At first it was lust at first sight, but as we became friends, it grew to love. Which brings me to the romance part. It was a warm summer night, and he had a patio deck, and he asked me to make love outside. Which we did, I can remember his big dick inside me holding each others’ hand in hand, and I lifted my head up and looked at the stars above. I wanted to marry him at that moment. He passed away a couple of years… Read more »

The most romantic and hottest session I ever had was probably 10 years ago. I contacted a guy on Craigslist ( I think), who was looking for sex. We chatted a bit and I decided to go over to his house in which he apparently was staying with his parents in the basement. His parents were also home upstairs as well. He was a hot handsome black dude and I am a white man. He led me downstairs to his makeshift bedroom closed off by hanging curtains. Interesting thing is that his brother? was also in the basement on the… Read more »