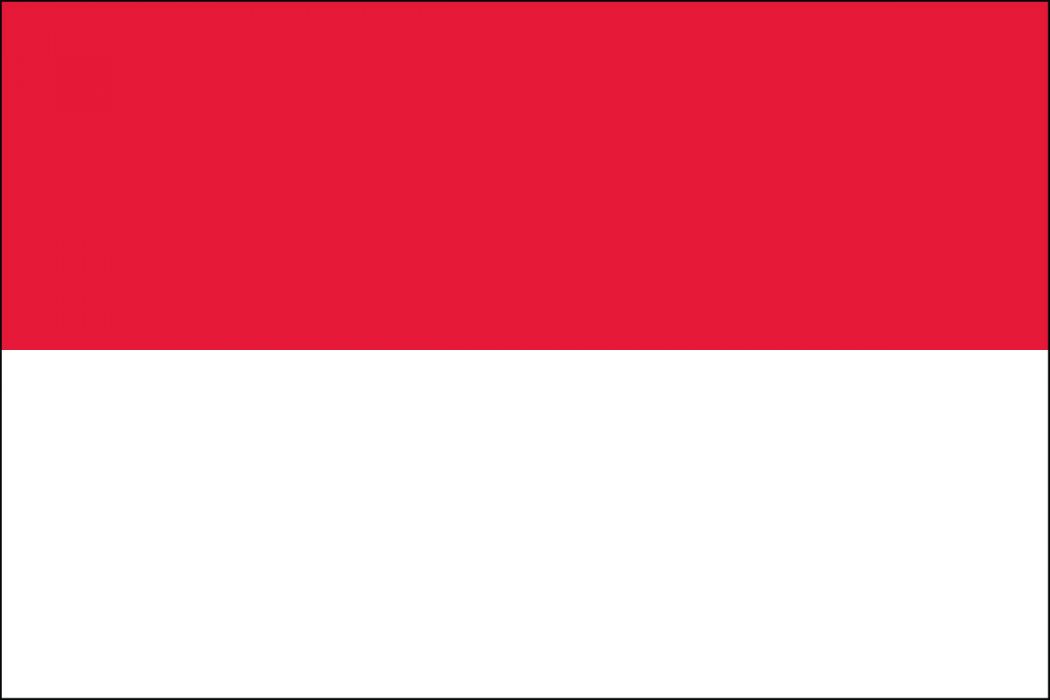 Rights for the LGBTQ community around the world are constantly in a state of flux, with advances being made one day and a setback encountered the next. Starting next week, another setback might happen for international LGBTQ rights as Indonesia is set to pass a new penal code that could result in same-sex relations being outlawed.

The new penal code criminalizes several things. Under the new penal code, consensual sex before marriage is outlawed; unmarried couples living together could face up to six months in jail. While not specifically mentioning same-sex conduct, members of the Indonesian LGBTQ community could be targeted with an article that punishes “obscene acts” with six months of prison time. Even before this controversial code, LGBTQ Indonesians have already been facing increased prosecution and discrimination.

Penalties are also included in the new penal code for insulting the president and the vice-president. Doctors will now also be the ones who the right to decide to perform an abortion, while women who get one face four years in prison. Prison time of five years awaits those who help women get an abortion.

Religious minorities are also targeted. The new code expands the currently existing blasphemy law, with a penalty of five years in prison for offenders.

The code’s looming passage has alarmed rights groups, with non-government organizations urging Indonesian president Joko Widodo to step in and delay it. The Human Rights Watch has even called the code “disastrous not only for women and religious and gender minorities, but for all Indonesians.”

Earlier this year, Kenya’s High Court decided to uphold archaic anti-LGBT laws. Brunei also passed a law that punished gay sex with death by stoning, although it later declared that this law would not be enforced.

Adam4Adam blog readers, especially those based in Indonesia, how do you guys feel about the passage of this new penal code? Tell us your thoughts in the comment section below. 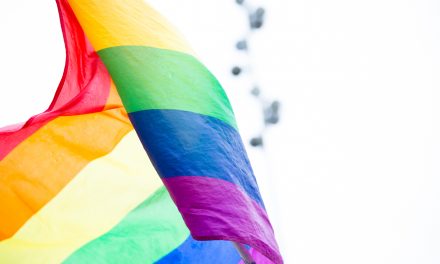 News: Pride Flags Not Allowed To Fly On Flagpoles In US Embassies 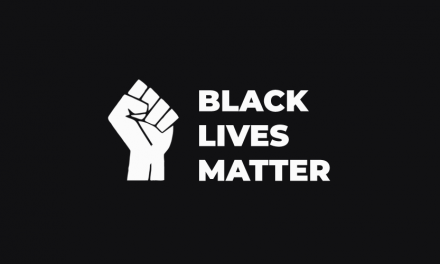 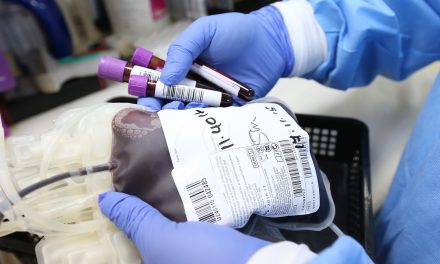 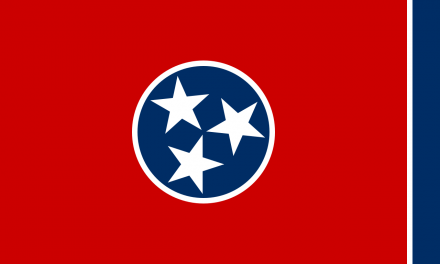 News: LGBTQ Parents To Be Banned From Adopting In Tennessee

Indonesia is an Islamic Country.

Its stance on sex, of any kind, is already well-known throughout the Islamic World. Therefore, its Laws and perceptions of Homosexuality are in-line with its Religious Beliefs.

The West isn’t the whole world and it is myopic to think that it is. Be grateful that the whole world isn’t like Indonesia and we are fortunate enough to write our views on a Gay Sex Site…such as Adam4Adam.

…and who do Muslim men have sex with before they marry…? Many of us KNOW the answer to that…. Does Islamic law sanction child molestation…? I think that’s a genuine offense against humanity….

As the population increases beyond the planet’s ability to provide, you will see an alarming rise in fascism and xenophobia. And people will go along with these extremists….up to the point where their own differences will be targeted, but at that point it’s too late. Same sex promotes stabilization of population growth, but logic will always take the backseat to fear in this species. My advice, find a quiet unpopulated corner of the planet and wait until the smoke clears and the population has been genocided to the point of sustainibilty again. I just hope the earth isn’t destroyed in… Read more »

Jockn2cbt, you hit on something, historically very true. Little countries with extreme views, or larger countries seeking more power (and possibly expecting losses in war) typically press for population growth, and they target free thinkers and unconventional views, and they seem to create an us against then mentality, to foster a false sense of unity and loyalty to the power moguls. In the business world, that sort of targeted fragmentation was known as management by intimidation. You recall the high number of workplace shootings took place when it was in fashion. This new surge of hateful legislation seems to have… Read more »

It’s their country, and most of us will never go there. Getting worked up over things that have no actual meaning in our lives is foolish at best. A man should concern himself with his own affairs and not allow the perceived injustices of the world invade his psych. There are plenty of problems much closer to home that affect us more than what an article online uses to distract and rile people up. It’s called propaganda people, and is a method of social control. To thine self be true, just remember that Muslims aren’t going to change no matter… Read more »

This is an Indonesian issue not a world issue. Stick to your own country and stop being hubristic.

Indonesia has one quarter of a billion people. The gay rights movement is a global human rights issue. Ignoring it because we happen not to live there, or because we may not be Muslim, is missing the point. LGBTQ people cannot be free unless we all can be free. One day they will take away your rights and freedoms arguing that it’s OK because they did so in Indonesia. What would you say then?

When I read about places who limited the rights of people to live their authentic lives, its saddening. While, this country has always had restrictions on women’s and gay rights, that isn’t a comfort to people who live their who can’t just pick themselves up and move to a more liberal country. They are essentially stuck there to be prosecuted and condemned. The west has always stuck it’s nose in to other countries business, sometimes with good reason. There should be some basic human rules for living no matter what country you come from. Women, children and gay rights would… Read more »

Indonesia does not have the resources to allow the kind of Western open sexuality that is taken for granted within the LBGTQ communities. They keep the lid on because they can’t afford the public health costs of reckless sexual behaviors, gay or hetero. So unless Big Pharma or whomever tranfers the resources for clinics and welfare that Western (Meaning Europe and the Coasts) countries possess, then the backlash in less affluent countries will continue

two steps forward three steps back. won’t be going to kenya or any such place any time soon. so glad to not be from there. england is rough, and hoomophobia is rife, especially in the black & asian communities, but it’s england; there’s room here for change.

and lousy as christianity is, this doesn’t warm me to islam. cristianity i get. read the pr and you can keep it. islam i don’t know too tough; why exactly do they have beef with queers?

Another example of muslim barbarism against women and gays and social justice in general. Pathetic. But that won’t stop the imbecile liberal lemmings from marching against “islamophobia”. No, it’s not islamophobia; it’s islamo-REVULSION, against their inhumane Dark Ages barbaric societies.

I am more concerned with the child molestation they choose to ignore – rather than the practice many unmarried (and married) Muslims engage in, hypocritically….

The problem is ISLAM, plain and simple. It is by far the most intolerant, oppressive, and homophobic of all common theologies. Yes we all know same sex relations were criminalized in the west for centuries, but the penalties were more on the books and rarely enforced in any meaningful way apart from military discharge or loss of employment. No Christian majority nation ever imprisoned prison sentences on LGBT or sentenced them to death. The PC class will shriek ‘Islamophobia’ but no amount of PC sugar coating changes the fact the ISLAM is evil, violent, and utterly demonic, and the world… Read more »

Correct you are, Ron. Isn’t it interesting to watch the liberal leftists in this country and Europe support homosexuality and gay rights while at the same time insisting we/they import more Islamic “refugees” who defile every place they go with their own special little brand of hatred for everything that isn’t Muslim. Quite fascinating, isn’t it? Even Angela Merkel has finally realized they have ruined Germany with all the Muslim imports and their evil and violence they bring with them. I think Brittain is finally coming to the realization, too. Such a shame that the best British and German DNA… Read more »