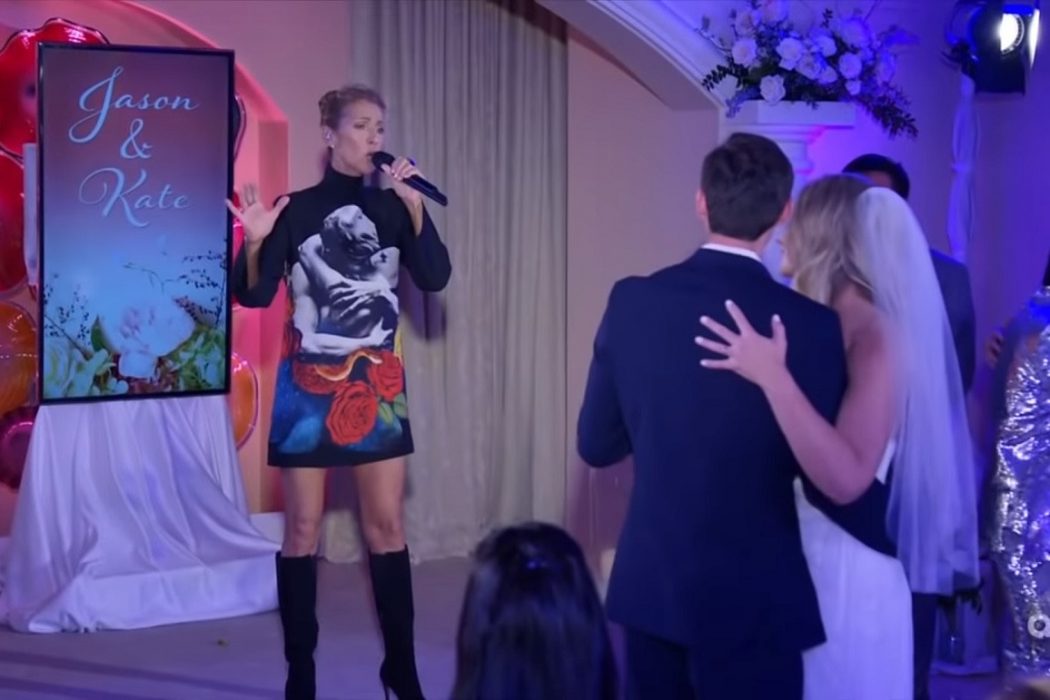 Céline Dion appeared on Jimmy Kimmel Live! this Friday, April 5, but not before crashing an ongoing ceremony in Las Vegas with Kimmel, Guillermo, and David Spade. Céline sang her 1996 hit and Hot 100 chart-topper “Because You Loved Me” for the newlywed’s first dance, much to the couple’s and their guests’ delight. The newlyweds are Kate and Jason who are both working in the Air Force. Watch the moment below.

On the show, Céline talked about her upcoming album called Courage as well as her upcoming world tour which will start in her home province Québec (Sept. 18 and 20 at Videotron Centre), followed by shows in Montréal (Sept. 26 and 27 at the Bell Center). Check out the scheduled tour dates and stops of her Courage World Tour here.

Of course her appearance on Jimmy Kimmel Live! won’t be complete without her singing! The Canadian singer belted out her song “Ashes” from the Deadpool 2 soundtrack after a quick costume change.

A few days ago, Céline Dion was interviewed on Good Morning America where she shared an advice to people who have experienced loss saying, “you cannot stop living” and that in this life we can only “move forward.” She also addressed people’s concerns about her weight by assuring fans that while she’s a little “thinner” these days, but that “everything is fine and nothing is wrong.” She added that she found a new passion which is dancing. Watch Céline talk about love, loss, passion, and more below.

Did Céline find a new love? She says she is in love in that she feels and finds love everywhere but no, Pepe Muñoz is not her new beau but rather her gay best friend who has helped form her spirituality, mental health, and inner strength.

Congratulations, Céline, for being chosen as the new face of L’Oréal Paris! 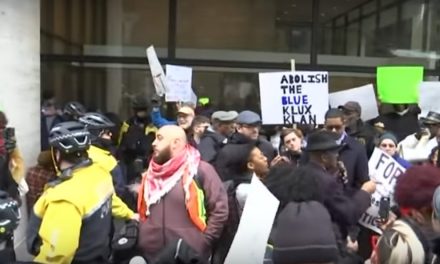 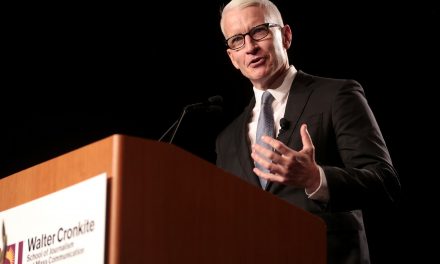 Oh Celine….where to start…please put on some weight and please wipe that bronze contouring off

Is it just me or does the whole thing seem planned/scripted, and the ‘happy couple’ are just actors? and yes, Celine doesn’t really seem to be into the whole thing either.

No if you watched the show, these guys were getting married and Kimmy and Celine surprised them.

I think you missed what I’m saying, Dave!

I’m saying the whole thing was just actors. No one there really seemed excited or thrilled, as they should be if it weren’t scripted.

maybe… but for me it looks very improvised… I don’t know.

Hooray for Celine. She’s a goddess. We get it. Fine. So about the much more startling and provocative news that (according to NPR) “The Church of Jesus Christ of Latter-day Saints says it’s going to let children of gay couples be baptized. The decision was announced (recently) at the General Conference leadership session in Salt Lake City, Utah. It rolls back a 2015 policy that restricted the baptisms. The church also announced that it would no longer refer to LGBT couples as apostates.” (a person who renounces a religious or political belief or principle.) A couple of “progressive” steps for… Read more »